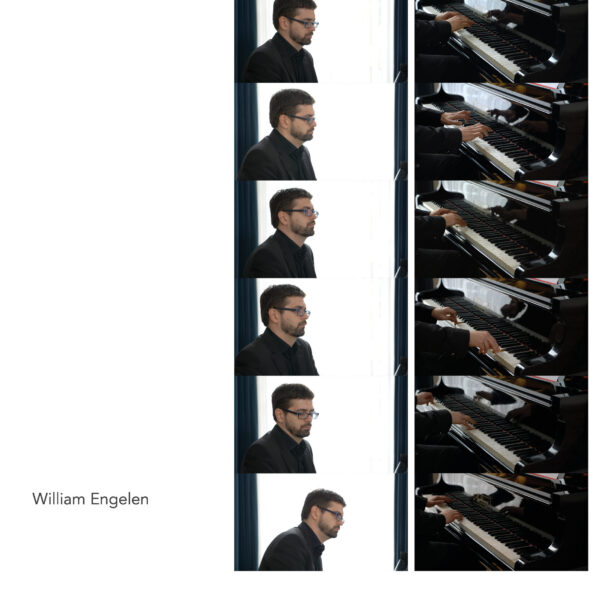 Gebrauchsspuren (signs of wear) is a composition from 2016. It consists of the sounds of a CD player skipping on a piano track, transcribed for piano. The idea for this piece occurred to Engelen while he was listening to a CD of piano pieces by György Kurtág, Béla Bartók et al., when the CD player suddenly started skipping back and forth randomly on a track, repeating some notes and skipping others, thereby creating rhythms and additionally making its own noises. Because he was drawing, he couldn’t get up immediately to remedy the situation. Rather, he was forced to listen to what became the CD player’s own music. Engelen made an audio recording of the situation, transcribed the notes and noises, and asked pianist Benoît Gagnon to perform the resulting score.

This LP contains two versions of the piece, both recorded by Gagnon in 2018. Edition of 300.