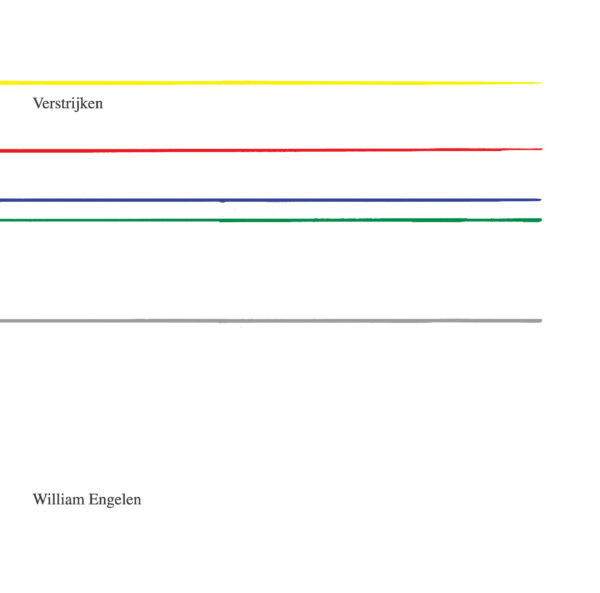 The Dutch word “verstrijken” means the same as its German counterpart “verstreichen”: the time that passes. It is the name of a compositional method that William Engelen has been using since 2005. For a Verstrijken piece, he asks one or more musicians to keep a diary for a defined time period, usually a week. He then transforms each diary into a graphical score for the particular instrument played by each musician, where every hour is translated into eight seconds of sound. For the purposes of the composition, every activity described in the journal must belong to one of four general categories: sleeping, eating, working and free time. These will be represented by different colors in the score and later by different types of sounds. The quality of each individual sound is influenced by the quality of the particular activity, e.g. if the player slept well or not, how a particular meal tasted, etc. In this way, the musician performs a kind of self-portrait.

Due to the nature of the composition, every score belongs to the particular player who has written the underlying journal and must only be performed by themselves. It is possible to perform Verstrijken in ensembles, though in this case each musician essentially performs solo and must not listen to the other players.

Verstrijken has been realized for a large number of musicians and instruments. Some recordings have been released in 2008 on CD as part of the catalogue “Verstrijken (Audio Works 1999–2008)” by Verlag für Moderne Kunst Nürnberg. This LP pairs two unreleased solo recordings: “Verstrijken for Ko Ishikawa” (2010, played on shō) and “Verstrijken for Luc Döbereiner” (2007, for computer). Edition of 300.