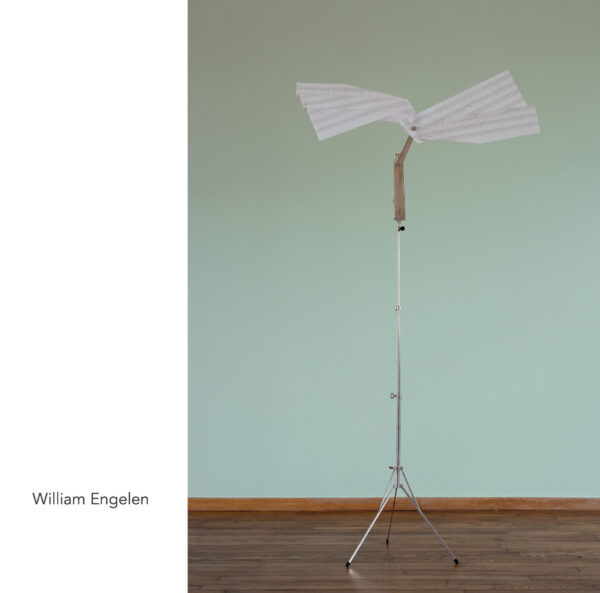 In Falten (folds), Engelen asks musicians to play and interpret pieces of folded paper. Falten scores exist in different sizes, ranging from about 60cm x 30cm up to works that are 10 meters long. They consist of a piece of paper with stave-like lines drawn on it. The paper has been folded – sometimes with origami-like proficiency that adds a sculptural element to each Falten score – so that the lines collide, intersect, crisscross, disappear into folds, etc. The staves then represent sound, the parts of the paper that have disappeared represent pauses. The musician should interpret this paper environment like a choreography for their movements on their instruments. The actual notes don’t count, but rather their parameters like intensity, timbre, vibration, etc. While this seems like total freedom at first sight, the staves and folds in fact give each performance a time structure that even allows for Falten to be played by ensembles.

Falten scores have been realized on numerous occasions, from performances for orchestra to solo electric guitar. This LP contains “Falten for string quartet”, performed in 2012 by Sonar Quartett, and “Falten for percussion”, performed in 2013 by Talujon Percussion Quartet. Edition of 300 with photos of Falten scores and liner notes by Dagmara Genda.