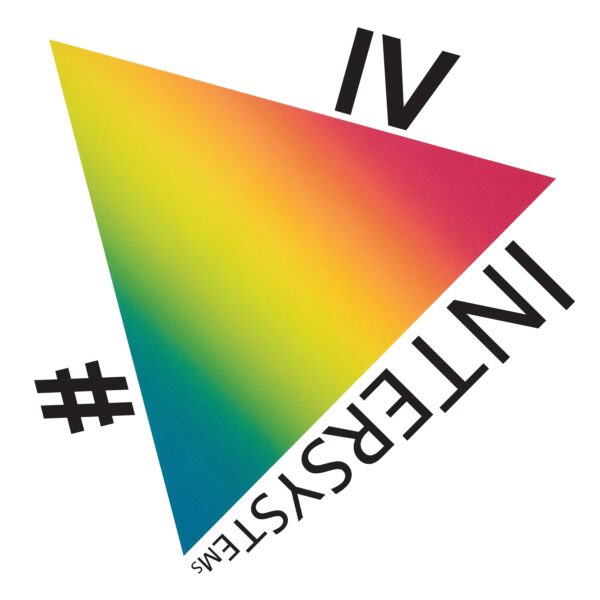 When they arrived on the scene in the late 1960s, Intersystems stood out from their peers. Comprised of architect Dik Zander, light sculptor Michael Hayden, poet Blake Parker, and musician John Mills-Cockell (of Syrinx, Kensington Market and more), the group mounted groundbreaking pan-sensory events and released a trilogy of defiantly disorienting records.

Where more conventional purveyors of sonic psychedelia were content with fuzztone guitar and orientalist tropes, Intersystems managed to approximate the full psychedelic experience in all its euphoric wonder and terror. Initially wrangling homespun gadgetry, feverishly spliced-together tapes, and mutant beat poetry, Intersystems were also among the very first to deploy a Moog Synthesizer; their Moog modular system was the first to be imported into Canada. Intersystems’ three vinyl LP recordings, meanwhile, justifiably became coveted collector’s items given their scarce quantity and singular unsettling vision.

The reissue of Intersystems’ full discography in 2015 prompted acclaim from a number of major outlets. Among them, PopMatters hailed the set as “one of those great lost recordings (three of ’em actually) that comes from the lysergic era…” Mills-Cockell’s work in Syrinx has also been reissued to great acclaim in recent years.

Fifty-plus years after their 1968 album Free Psychedelic Poster Inside, Hayden and Mills-Cockell decided to revive the long-dormant project with a series of sessions at Hamilton’s storied Grant Avenue Studio. The resultant music remains remarkably congruent with the project’s original vision while clearly emerging from the present moment. With original poet/lyricist Blake Parker now deceased, Hayden and Mills-Cockell made the counterintuitive (yet strangely apt) decision to render Parker’s words electronically. As the computer-synthesized voice alternates between an eerily life-like delivery and slurred cybernetic faltering, it brings a new dystopian tint to the group’s anxious surrealism. Taking cues from its predecessor, Free Psychedelic Poster Inside, a modular Moog Synthesizer system is the primary instrument, yet here it offers a dynamic blend of different sonorities: barbed wire basslines, Subotnickesque chirping, gestural plumes of colour and percussive filigree.

While the group cut their teeth in the 1960s, make no mistake these new Intersystems recordings aren’t a “comeback” or an attempt to rehash the “good old days”. What one hears instead is the sound of Mills-Cockell and Hayden re-energizing the project, bringing with them the myriad experience they’ve accumulated in the intervening 50 years. These aural concoctions—no less perplexing than their 1960s predecessors—build upon the Intersystems foundation but very decidedly reside in the present moment, reminding listeners of just how forward-looking this group was in the first place.