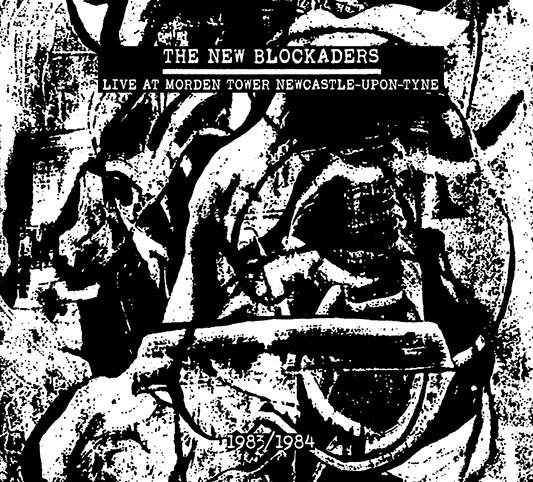 First CD re-edition including as bonus the track “Live At Anti-Fest”.
All sounds remastered for CD production from original tapes recordings.
Cover designed using original art-works and statement used for the venue.
Comes in a 3panel digipak. Limited edition of 300 copies.

Live At Morden Tower was first released in 1983 and re-released many times through the years but never into CD format.
Finally here comes the very first CD re-edition of such seminal work including as bonus also the track “Live At Anti-Fest”.
NB: all sounds remastered for CD production from original tapes recordings!
Cover designed using original art-works and statement used for the venue – comes in six pannels digipak

Changez Les Blockeurs (1982), is the first true Noise LP of the modern era.
Although Changez Les Blockeurs was undoubtedly hugely influential, TNB’s Live At Morden Tower cassette (1983) was perhaps even more so, just about every Noise artist / group on the planet has (either directly or indirectly) been influenced in one way or another by Live At Morden Tower.
*** Ron Lessard (RRRecords)

My first listening experience of TNB was Live At Morden Tower in 1983.
I marveled at the unbelievably relentless inaccessible intensity of their sound.
I became fascinated by them.
I became a kind of TNB groupie.
*** Toshiji Mikawa (Incapacitants / Hijokaidan)

The Crackle of broken amplifiers precipitates a whole new order of independently morphing soundforms, all giving shape via flashes of metallic lightening, smashed glass, trashed microphone feedback and acoustic low-end pellets that scale the walls like slugs.
Gradually accruing hypnotic significance, they birth spontaneous form in the shape of textures and recur with such accumulative force, they threaten to collapse the performance under its own weight.
*** David Keenan (The Wire)