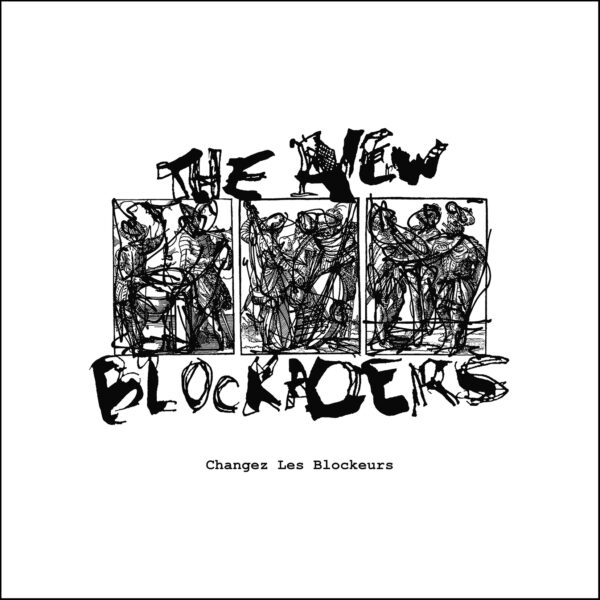 Within the history of noise music, there are few artefacts, as seminal as The New Blockaders’ Changez Les Blockeurs. Anyone who has even a casual interest in noise music should need no introduction to The New Blockaders. Hailed by Ron Lessard (of legendary US noise label RRR) as, ‘The first truly devoted noise artists,’ TNB self-released their debut LP in 1982. That original LP is now one of the most sought-after (and expensive) noise records ever.
The fact that Changez Les Blockeurs is held in such high esteem by the likes of Steven Stapleton (Nurse With Wound), who was the first person to hear the LP back in 1982 and recently reworked the album as NWW Plays Changez Les Blockeurs, David Jackman (Organum), Thurston Moore (Sonic Youth), Masami Akita (Merzbow), Toshiji Mikawa (Incapacitants) and countless others is testament to its greatness and well-deserved legendary status.
Laying in wait for almost 40 years, the LP emerged again in 2004 as a limited edition on the German Vinyl-On-Demand label, and since then has remained rare, elusive, and coveted – until now. 2022 will mark the 40th anniversary (or, more accurately, antiversary) of Changez Les Blockeurs and in celebration of this Urashima is proud to present a limited reissue which has been expertly remastered at Audiplex Studio in Hamburg by Asmus Tietchens, himself a well-know German avant-garde composer.
‘’Changez Les Blockeurs caused a lot of fuss back in the early ’80,with its two ‘tracks’ of disorientating junk noise, squeaks, scrapes and the pitter-patter of rain on a tin roof. Lumps of metal get thrown around in a bid to resurrect the ghost of Tristan Tzara, two invalids in wheelchairs fencing with broken car aerials, two elephants fencing on bicycles, two squeaky wheelchairs fighting over a slack spring, or an army of tin men dismantling a Jean Tinguely sculpture while bouncing around on pogo sticks in need of 3-in-1. We’ll never know, and that’s half of the appeal. Changez Les Blockeurs sounds like nothing else before or since. It’s magnificent in its absurdity. Its construct is simple but yet devastatingly effective. Today you’d be hard pressed to find anyone involved in Noise who doesn’t cite TNB as an influence. ‘’ Mark Wharton
Pressed on 100% black virgin vinyl to ensure optimum audio quality, Changez Les Blockeurs is a true wonder to behold. A beautifully presented LP which includes a 12”x12” insert, limited to just 199 copies.