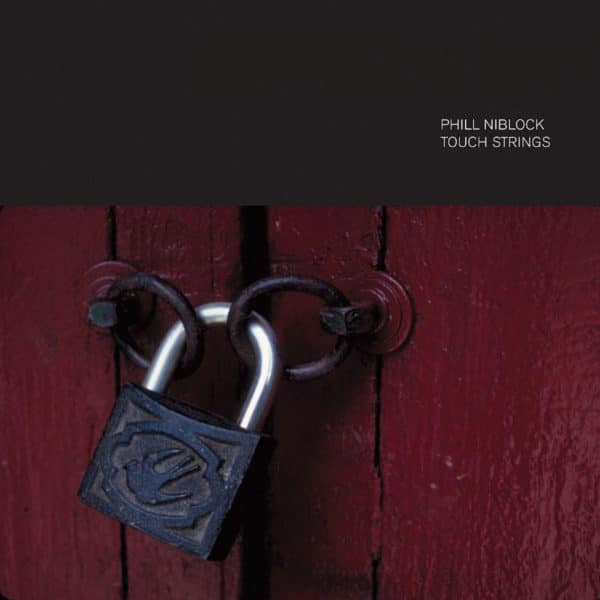 CD One – (6 tracks): 1. – 6. “Stosspeng”. Susan Stenger and Robert Poss, guitars and bass guitars. CD Two – (6 tracks): 1. “Poure”. Arne Deforce, cello. 2. – 6. “One Large Rose”. The Nelly Boyd Ensemble, Hamburg – Robert Engelbrecht, cello; Jan Feddersen, piano strummed with nylon strings; Peter Imig, violin; Jens Roehm, acoustic bass guitar strummed with nylon strings or e-bow. This is Phill Niblock’s 4th release on Touch, after Touch Works… [TO:49, 2000], Touch Food [TO:59, 2003] and Touch Three [TO:69, 2006]. “Stosspeng was completed in April 2007; Poure in September 2008 and One Large Rose in May 2008. The Stosspeng recording session to obtain the materials for the piece was on December 20 2006 at Robert Poss’s Trace Elements studio on E 4th Street and Ave A, in New York. Robert was the engineer. The piece was completed using Protools in April 2007, in Vienna, Austria. It was premiered at the Donau Festival in Krems Austria on April 30 2007. The material for Poure was recorded in Johan Vandermaelen’s Amplus studio in Aaigem Belgium, with technical assistance by Guy De Bievre. Much of the construction of the piece, in Protools, was done in a residency at Atelier Azur in Hoenefoss, Norway at the Hval Station, in mid August 2008. It was finished in Ellen Fullman’s studio in Berkeley California on September 7. It was premiered at Kasteel Schuurlo, Sint-Maria-Aalter, Belgium on September 12 2008 and it was commissioned by the Centre de Recherches et de Formation Musicales de Wallonie, CRFMW, Liege, Belgium. One Large Rose was made with the musicians playing from a score, and recorded acoustically and in real time. There are four recordings of 46 minutes each, superimposed. Recorded by Jens Roehm at Christianskirche, Hamburg, Germany, recording assistance by Julia Berg, on May 15 and 16 2008. Mixing was done by Jens Roehm and the ensemble in Hamburg, and the final mix was done in New York at Experimental Intermedia on October 13 2008. The mastering for CD, of all pieces, was done by Tom Hamilton, in New York.” Phill Niblock, August 2009. “Phill Niblock is a New York-based minimalist composer and multi-media musician and director of Experimental Intermedia, a foundation born in the flames of 1968’s barricade-hopping. He has been a maverick presence on the fringes of the avant garde ever since. In the history books Niblock is the forgotten Minimalist. That’s as maybe: no one ever said the history books were infallible anyway. His influence has had more impact on younger composers such as Susan Stenger, Lois V Vierk, David First, and Glenn Branca. He’s even worked with Sonic Youth’s Thurston Moore and Lee Ranaldo on “Guitar two, for four” which is actually for five guitarists. This is Minimalism in the classic sense of the word, if that makes sense. Niblock constructs big 24-track digitally-processed monolithic microtonal drones. The result is sound without melody or rhythm. Movement is slow, geologically slow. Changes are almost imperceptible, and his music has a tendency of creeping up on you. The vocal pieces are like some of Ligeti’s choral works, but a little more phased. And this isn’t choral work. “A Y U (as yet untitled)” is sampled from just one voice, the baritone Thomas Buckner. The results are pitch shifted and processed intense drones, one live and one studio edited. Unlike Ligeti, this isn’t just for voice or hurdy gurdy. Like Stockhausen’s electronic pieces, Musique Concrete, or even Fripp and Eno’s No Pussyfooting, the role of the producer-composer in “Hurdy Hurry” and “A Y U” is just as important as the role of the performer. He says: “What I am doing with my music is to produce something without rhythm or melody, by using many microtones that cause movements very, very slowly”. The stills in the booklet are from slides taken in China, while Niblock was making films which are painstaking studies of manual labour, giving a poetic dignity to sheer gruelling slog of fishermen at work, rice-planters, log-splitters, water-hole dredgers and other back-breaking toilers. Since 1968 Phill has also put on over 1000 concerts in his loft space, including Ryoji Ikeda, Zbigniew Karkowski, Jim O’Rourke.”