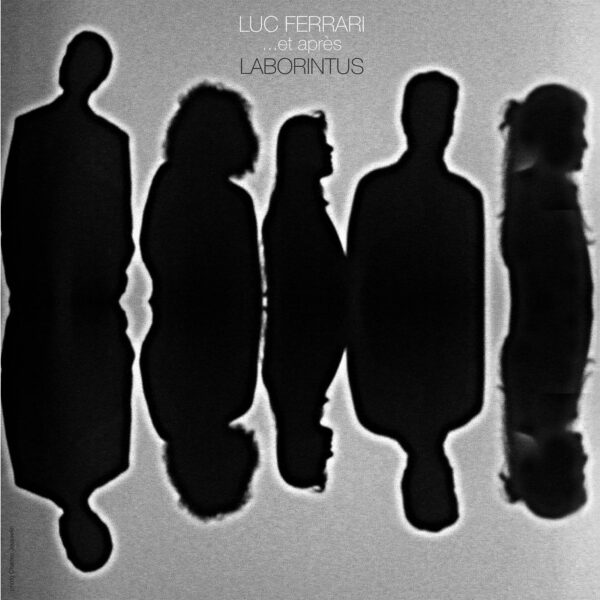 PLANAM presents “…et après” a suite created by Ensemble Laborintus highlighting their collaboration with Luc Ferrari and well underlining the creative heights reached by the composer during the last years of his career.

Laborintus, so named in homage to Luciano Berio, was an ensemble born in 1993 and dissolved in 2014, formed by Hélène Breschand (harp), César Carcopino (percussions), Sylvain Kassap (clarinets), Franck Masquelier (flutes) and Anaïs Moreau (cello). The main vocation of the ensemble was to give voice to the music of today by working in close collaboration with living and active composers, confronting current technologies, as well as practicing improvisation and musical theater. Laborintus developed a special relationship with composers, with Luc Ferrari in particular. Each creation was the occasion for an in-depth encounter.

For Laborintus the music of Luc Ferrari was always a bearer of joy, a carnal joy – a joy of sound, and a joy of playing. There is a balance between the concrete character of the sounds that builds a poetic topology, and the virtuosity of the score, which allows a pleasurable physical involvement in the heart of sound. This music, and the state of being beyond music itself, has ever since been with the ensemble.

Bristling with stunning dances of acoustic and electronic sound, “…et après” – collecting a full two LPs worth of material – presents the final unreleased work that Ensemble Laborintus created in collaboration with Ferrari, including “Bonjour, comment ça va?”, two realizations of “Tautologos III” featuring the voice of Brunhild Ferrari and a new version of Ferrai’s work “À la recherche du rythme perdu”, created under the supervision of Brunhild Ferrari for harp and percussion; as well as an homage to the composer, composed by Sylvain Kassap titled “Arezzo” (after the name of the city where Luc died, who that day was to join Laborintus to record and together play “Archives sauvées des eaux”) and Hélène Breschand “L”, for flute, clarinet, cello, harp, percussion & fixed sounds. Both “Arezzo” and “L” were composed using sound archives by Luc Ferrari. This double LP also includes as a ‘bonus’ the realization of Ferrari’s “À la recherche du rythme perdu”, recorded live by Hélène Breschand and eRikm in 2019.

The selection of tracks and the title of the album “…et après” were chosen in the spirit of a continuation with the legacy of Luc Ferrari: a balance between heritage, transmission, and continuity, transformation over time.

Like Russian dolls that fit together Luc encouraged encounters and bonds are still forged today, through his music.

Privately produced by Laborintus and issued by PLANAM, this double LP is limited to 500 copies of which only 250 are made available for distribution.