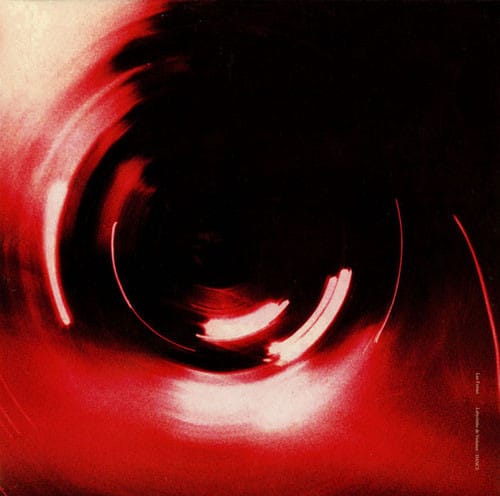 “Danse” was part of a sound & visual installation called “Labyrinthe de violence”. Previously unpublished, this radical experimental work has now been released on LP record in collaboration with the New Media Dept of Centre Pompidou (National Museum of Modern Art) in Paris for “Œuvres sonores 2”, a 2-day-event organised by Emanuele Carcano at Beaubourg on April 5th & 6th, 2009. “Labyrinthe de violence” was an installation for tape sounds and 2 slide projectors conceived in 1975 by Luc Ferrari. The installation was a visual and sound metaphore of violence within contemporary civilised society. Four different rooms with a central space created the spacial context of this work. The specific environmental sonority (1. “Violence”; 2. “Pollution”; 3. “Profit”; 4. “Mechanism” / “Paysage” / “Danse”) created for each of the four rooms naturally superposed themselves in the central space. “Danse” was one of those sonorities minimally constructed using 2 different sounds: a very low electronic drone deeply resonating for the whole duration with, in the end, the accumulation of deconstructed sequences played by Luc Ferrari on an electric organ. Documenting one of Luc Ferrari most beautiful and mysterious sonic works, this LP edition will be the first in a series of alga marghen projects presenting a still undiscovered side of the poetical universe of this foundamental composer. This 1-sided LP, issued in an edition limited to 500 copies only, will first be presented at Centre Pompidou in Paris and offered to the audience participating to the second “Œuvres sonores” event.