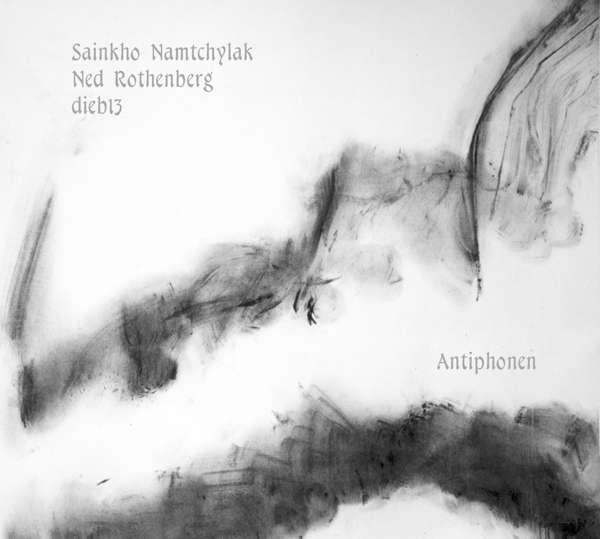 Sainkho Namtchylak is a singer originally from Tuva, an autonomous republic in the Russian Federation just north of Mongolia. She is known for her Tuvan throat singing or Khöömei. Her music encompasses avant-jazz, electronica, modern composition and Tuvan influences. Once the Soviet Union had collapsed, she moved to Vienna, making it her base, although she traveled widely, working in any number of shifting groups and recording a number of discs that revolved around free improvisation. Amongst them are collaborations with Evan Parker, Ned Rothenberg, The Moscow Composers Orchestra and Wolfgang Puschnig.
Ned Rothenberg is an American multi-instrumentalist who was born in 1956 in Massachusetts. He has been internationally acclaimed for both his solo and ensemble music, presented for the past 33 years on 5 continents. He performs primarily on alto saxophone, clarinet, bass clarinet, and the shakuhachi – an endblown Japanese bamboo flute. His solo work utilizes an expanded palette of sonic language, creating a kind of personal idiom all its own.
die13 was born as Dieter Kovačič in 1973. He is a turntablist, hacker, filmmaker, autodidact, composer, collageur and conscientious copyright objector. Since the late 1980s he has explored the possibilities of vinyls, cassettes, harddisks, ip-protocols etc. as material for collages and compositions. Using various playing techniques and his own lathe cutter, he has pushed the development of turntables as instruments aside “classical dj techniques” and developed his very unique style.
Antiphonen was the first time this trio played together. Kazuhisha Uchihashi from Japanese group Altered States co-curated the festival and 2019 and invited the musicians to perform together.