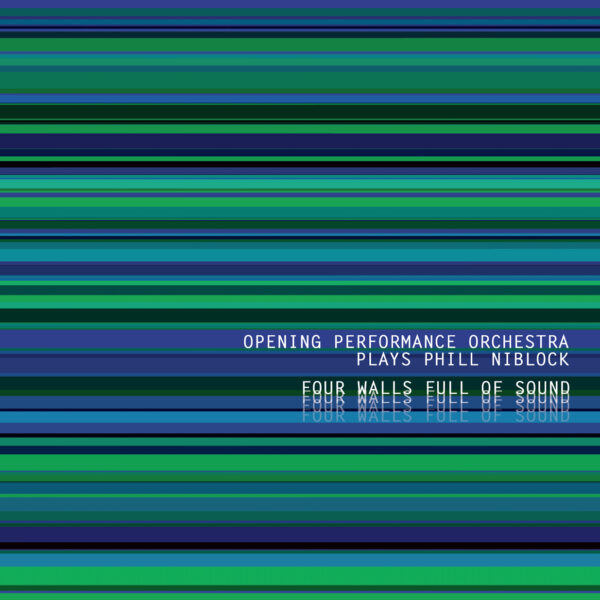 “You should play the music very loud. If the neighbors don’t complain, it’s probably not loud enough.” – Phill Niblock

Four Walls Full of Sound is an electronic interpretation of the works of Phill Niblock by the Prague-based group Opening Performance Orchestra. This studio version, recorded at the re-set studio, was preceded by a live performance at the 2017 Ostrava Days Festival of New and Experimental Music. The cover was designed by Jaroslav Buzek and the booklet includes essays by Kurt Gottschalk and Petr Ferenc. Sound designer Stephan Mathieu took part in shaping the resultant sound of the recording.