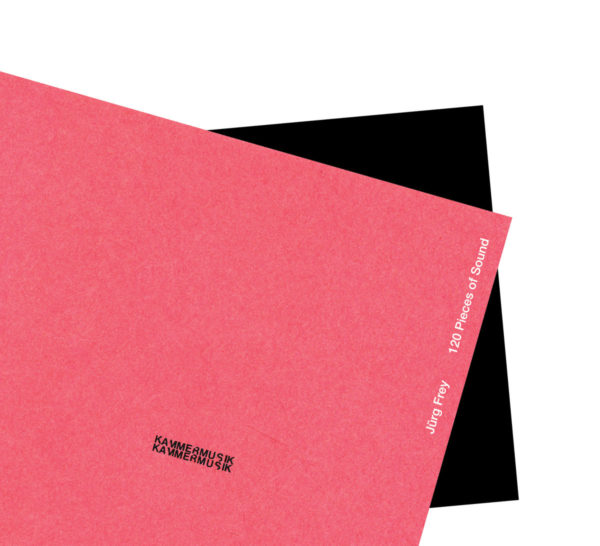 Jürg Frey’s unique compositional approach places him at the cutting edge of contemporary classical music while simultaneously maintaining a touch of impressionistic/romantic aesthetics in its roots.

The album ‘120 Pieces of Sound’ contains two of Frey’s significant compositions: ’60 Pieces of Sound’ (2009) and ‘L’âme est sans retenue II’ (1997-2000). Frey and the Boston-based ensemble Ordinary Affects (Laura Cetilia, Morgan Evans-Weiler, J.P.A. Falzone, Luke Martin) performed and recorded ’60 Pieces of Sound’ in New England in 2017, in which Frey’s clarinet and Cetilia’s cello played the pitches in the two-part melody written in the score, while the rest played the open instrumentation part with undetermined sounds. The resulting music was a unique series of harmonies created by open instrumental sounds with a faintly recognizable melody hidden in the core of the ensemble’s evenly tempered sounds. The impressions of the chords move along at the edge of consonance and dissonance with the afterglows of each chord in the subsequent silence, hovering somewhere between meditative calmness and disquieting shadow, while bringing an organic warmth and a feeling of breathable open air into a minimal musical structure.