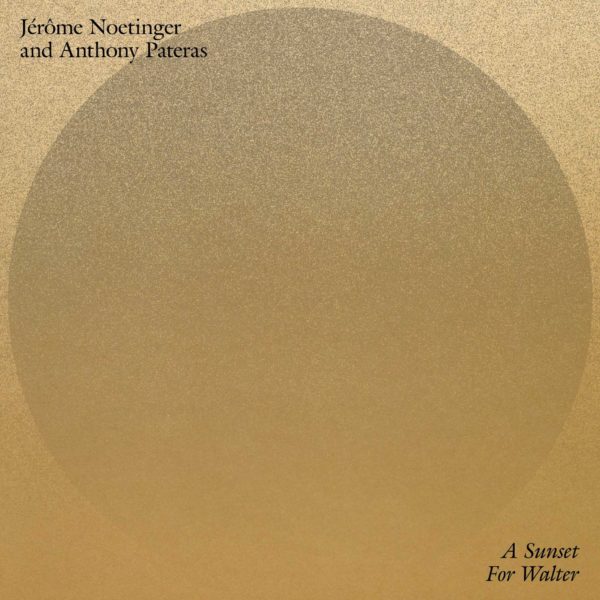 "A Sunset for Walter"

Penultimate Press present A Sunset for Walter, the first duo release from long-time collaborators Jérôme Noetinger and Anthony Pateras. “Having worked together in a number of different collaborative contexts over the years, the pair used Pateras’ 2018 residency at Schloss Solitude in Stuttgart as an opportunity to develop a major durational work for Steinway piano and multiple Revox tape machines. Presenting four excerpts from a three-hour concert, the LP’s opening moments immediately establish its distinctive sound-world: an austere sequence of octaves slowly sounded by the piano gradually develops into passages of fragmentary lyricism as Noetinger’s tape manipulations dilate the sonic space with rumbling sub-bass, distant echoes, and hints of uncanny backmasking. A Sunset for Walter was conceived as a loose tribute to the piano works of Walter Marchetti, particularly the slowed-down subaquatic expanse of Nel Mari Del Sud. As Marchetti described his own work, A Sunset for Walter is ‘music without beginning, or end, or development’, where the lack of obvious structural divisions creates something like an endless present. But where the monochrome surface of Marchetti’s work — in its willingness to descend, in his own words to the ‘pits of aesthetic poverty’ — often approaches total stasis, A Sunset for Walter is calmly immovable in its overall texture but perpetually changing in detail, as the performers respond intuitively to each other, their instruments, and the environment. Noetinger’s tape manipulations range from nearly imperceptible shadowing of the live piano to anarchic bursts of rewinding tape, floating wisps of feedback, and dreamlike concrète interjections of children’s voices and splashing water. Pateras’ piano performance moves from single pitches left hanging over a backdrop of silence to almost Messiaen-esque sequences of complex chords and arpeggios, all sounded within a temporal framework that seems to follow internal rhythms of breath and bodily movements. Caught in this hall of mirrors, the listener is often unable to distinguish the live piano from its tape-manipulated reflection. Like the sunset of the title, here outlines blur into a crepuscular haze, as fleeting effects of light and shade catch our attention just as they disappear.” – Francis Plagne