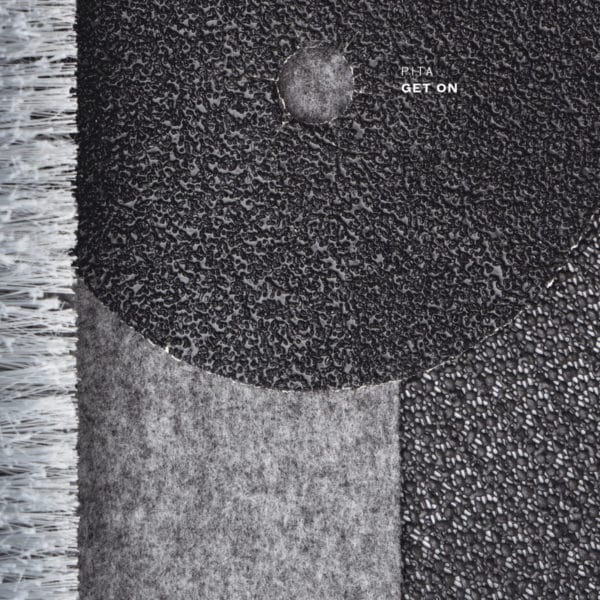 With over 2 decades of formal exploration and exhilarating abstraction Get On is, somewhat surprisingly, only the fourth solo Pita full length. Peter Rehberg has always been vouched for pushing the very limits of the technology du jour, be it software or in recent years a complex modular set. Rehberg’s motives are one of unbridled exploration often resulting in extreme and exhilarating audio works.
Having spearheaded the contemporary electronic sound with his uncompromising explorations of noise, rhythm and extreme computer music, he has also worked with numerous experimental musicians in collaboration. Rehberg stands in the wake of a sonic revolution, once fringe, which transformed over time into the sound of a generation of experimental geeks and club freaks worldwide.
Get On follows on from the 2016 release Get In. As with other titles in his ‘Get’ series we have an unwieldy blend of noise, abstraction, gnarled rhythm and blurred melody. Both analogue and digital tools are deployed as a means of expressing something outside of everyday electronics. ‘AMFM’ launches proceedings with some delightfully disorientating ricocheting electronics setting off a subversive sonic spectrum. ‘Frozen Jumper’ presents some ugly skittering electronics which rotate into exquisitely mangled forms before launching into an unsettling euphoria. The last piece ‘Motivation’ is a towering sensitive work, simultaneously haunted and emotionally moving. Get On marks another monumental work in the ongoing evolution from one of the ground zero pioneers of contemporary radical electronic music. As uncompromising as ever this is Pita in his prime. Emotion rung from the most twisted of frames.
Recorded and mixed by Peter Rehberg at Twisted, Wien, 2018/2019
Mastered by Russell Haswell, July 2019
Cut by Rashad Becker at D&M, Berlin, August 2019