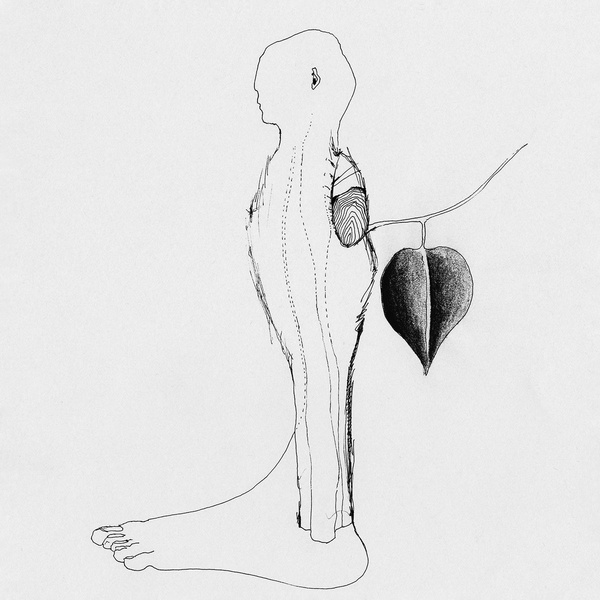 Thin Wrist Recordings release L’épaisseur de l’air (the thickness of air) by Jean-Luc Guionnet. After more than three decades playing the alto saxophone, this is the French artist’s first solo saxophone album. Since the 1990s, Guionnet has built a renowned and thrilling oeuvre of works with pipe organs, electronics, and field recordings as both an improvisor and composer; L’épaisseur de l’air finally documents his dedication to exposing sides of the alto saxophone that quite simply never existed until he developed them. His tone is as clear as direct sunlight, so when he boils it in mud or scratches at it as if for air, his emotion is palpable. A double-LP masterpiece and a definitive statement about the profound physical relationship between an improvisor and their instrument. A student of Xenakis at the Sorbonne, Guionnet has constantly explored the philosophical side of music; his work interrogates fundamental questions about skill, intuition, experience, and performance that arise through improvisation. He has instigated and featured in unexpected collaborations such as performances with noted British philosopher Ray Brassier and artists Seijiro Murayama Mattin as well as his long running artistic partnerships with dancer and choreographer Lotus Edde Khouri. For this album, Guionnet retreated to a barn in Brittany, where he recorded by himself at night over the course of a few weeks. Each of the nine improvisations — spanned across two LPs — uncovers such particular sonic territory that it’s a miracle the whole adds up to such a complete statement. But by pushing space and silence so startlingly and oblongly into the pieces, the gnarled, gritty textures of his tone begins to make sense as a response to time that is forever shifting in such unpredictable ways that you better get into it while it’s still coming out. Direct metal mastering at Calyx Mastering Berlin. Pressed at Record Technology, Inc. (RTI). Deluxe gatefold double LP with download; Heavy tip-on jacket including debossed and embossed inserts.