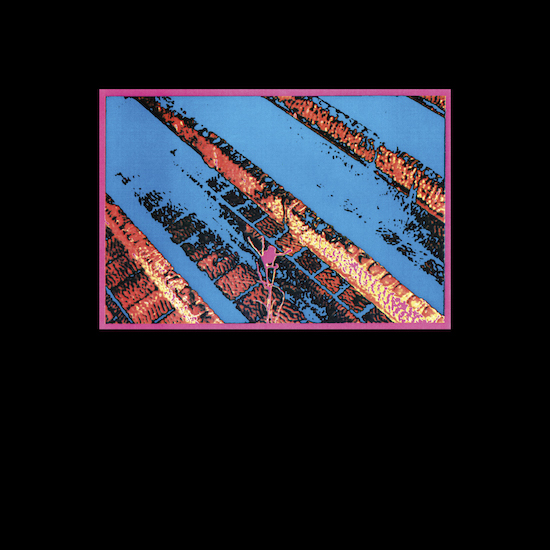 John Hubbard, who is also a book designer and based in Finland, had released the sole recordings of the legendary project “Vogelscheiß Und Seine Verrückten Kröten” in 1989 in a limited edition of just 50 copies on his Strength Through Joy label. Now these rare recordings are re-issued for the first time by Art Into Life.
In 1988, upon meeting Steve Stapleton while on vacation in Europe, John then went to Aachen and visited Christoph Heemann & Andreas Martin, and the enigmatic sessions they recorded are revealed here.

Remastered by Jos Smolders, who has worked on projects by Takehisa Kosugi, Pierre Henry, and titles on the Come Organisation label.

The LP issue comes with a download code and an insert and is limited to 300 copies.

***
Born at the intersection of space, time and absurdity…
After years correspondence with various musicians in UK and Europe (resulting from fandom and the process of co-publishing the BirthDeath compendium about Come Organisation), the opportunity arose for me to spend three months traveling in the Fall/Winter of 1988. UK travels included a brief but impressionable stay with Steve Stapleton and Diane Rogerson in London, with with visits to John Smith (Interchange magazine) in Newcastle, and Mark Durgan (Birthbiter, Putrifier) in Oxford. Following this, a lengthy stay with Christoph Heemann (HNAS, DOM Records) in Aachen, Germany, with a side trip to Ivrea, Italy to stay with Andrea Cernotto (The Sodality).
Christoph and I whiled away our time listening to records, talking of records, shopping for records, and discussing the process of making a record together.
While dining in a local Thai restaurant in Aachen we heard a warbly, distorted background music tape that had likely been playing for ages, thinking, “we can do this…” and took it as inspiration for the opening track on the LP. We invited Christoph’s brother, Andreas Martin, to join us in the fun, to which he graciously agreed. We booked the studio and rehearsed at their parent’s house the night before with violin, banjo and recorder. We transferred a piano piece I had recorded in Seattle, a field recording of toads, created the radio/sound collage for Jolly Jumble from the tapes I brought, and completed the album with an ambient piece.
We took our master tape to Belgium to have the lacquer cut and shipped it off to the pressing plant in Germany. I flew back to Seattle and patiently waited for my copies from the “test pressing” … 50 copies. Christoph kept 8-9 copies for himself, Andreas, and friends.
(John Hubbard)