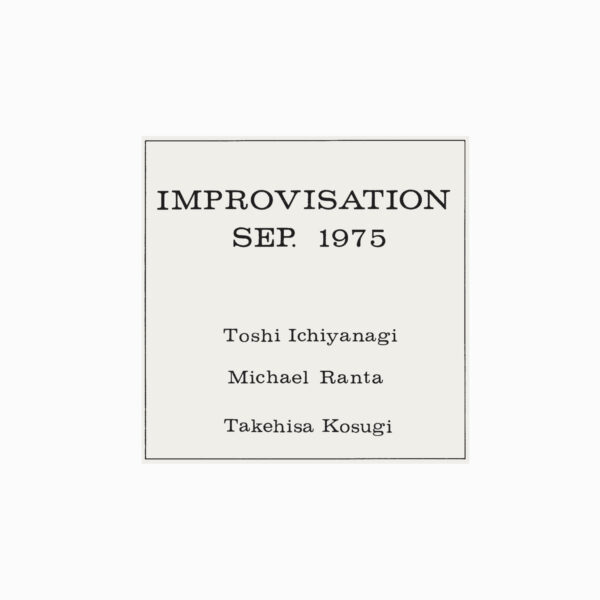 Toshi Ichiyanagi, Michael Ranta and Takehisa Kosugi originally got together in the summer of 1975 for an open-air concert in Sapporo. The concert felt like a great success but was unfortunately not recorded. As the desire arose to record together, they managed to arrange a studio session in the NHK Studio in Tokyo, with presence of sound engineers.
What was supposed to be a soundcheck for this session became the session itself: a haunting 50-minute séance of intense avantgarde improvisation using a large instrumentation and live processing (tape echo, ring modulation, phasing). A trident travelogue of the momentum masterfully controlled by the ensemble spirit, transcending the boundaries of psychedelic underground.

Official reissue of this underground classic from 1975, originally released in a tiny edition on the small Japanese Iskra label.
As the original master tapes of these recordings seem to be lost, the master had to be taken from an unplayed original LP copy. It was carefully restored and mastered by Jos Smolders with amazing result.