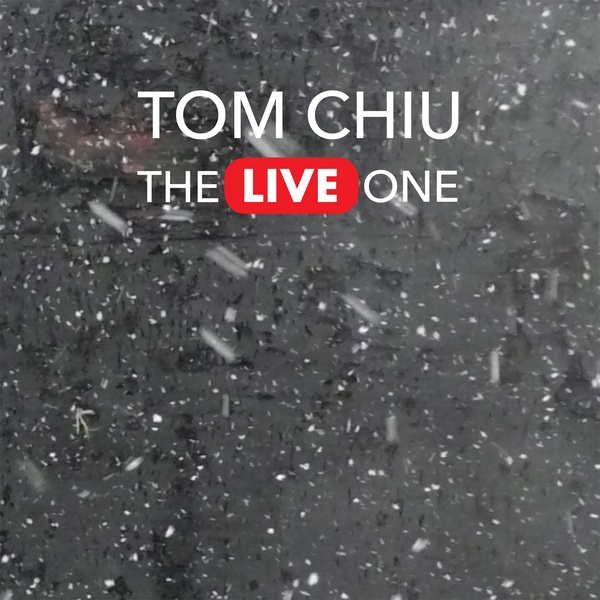 XI Records announce the release of Tom Chiu’s new double-CD, The Live One, a diverse and thoroughly engrossing album that showcases the multiple facets of Chiu’s visions. Chiu is a polymath who is as comfortable with lyricism and the beauty of tonality as he is with process-based works and challenging conventions of composition. Chiu specializes in creating spatial experiences and altered states of mind with his music, with a singular, questing path. On the album opener, “Into The Forest”, melancholic themes build and become wrapped in echoes that reverberate like a skipping stone casting ripples in a pond. Dry and delicate melodies emerge that float spatially. The piece is an assemblage of over 60 musical fragments composed by Chiu, which coalesce seamlessly into a homogeneous whole. “BABIP”, a solo performance, begins with Chiu’s pizzicato which evokes the spirit of gamelan, and builds through increasingly intense gestures, woozy double stops and extended techniques until he starts transforming the sound of his instrument with live effects. The functionally-titled “Duo Improvisation 16741” sees Chiu pairing with sound artist and composer Michael Schumacher. Together, they create a hypnotically jarring sonic whirling dervish. Chiu’s live effects invoke undertones of Tuvan throat singing as glissandos layer with insistent bell tones. The insistent piece thrillingly morphs into electronic pulses and sirens, journeying deeply into sonic abstraction. The track “Birave Trifecta” sees Chiu performing with Dan Joseph on hammer dulcimer and Jason Cady on modular synthesizer under the moniker JCC Trio. The trio’s piece begins as almost a folk stomp, with echoes of minimalism in its insistence. It builds to euphoric intensity with Chiu’s bravura playing, sawing at his instrument with fierce abandon. “RETROCON” is a work performed by FLUX Quartet. The epic piece unfolds like a mini symphony, with the quartet creating a stunningly rich sonic world. The layers of the string quartet swell and undulate like a small boat in the middle of the ocean negotiating the waves of an impending storm, then wail plaintively before returning with clustered hives of notes. A startling and insistent monolithic pulsing then seems to summon dark deities before receding with a delicate beauty. The final piece on the album, “deKonstruct”, is an improvisation which quotes from existing materials, colliding Bach and Chiu. Chiu uses a looping pedal to create a bed for his hyper-kinetic performance which mutates through his arsenal of sonic manipulation, to mesmerizing effect. (from the liner notes by JG Thirlwell)