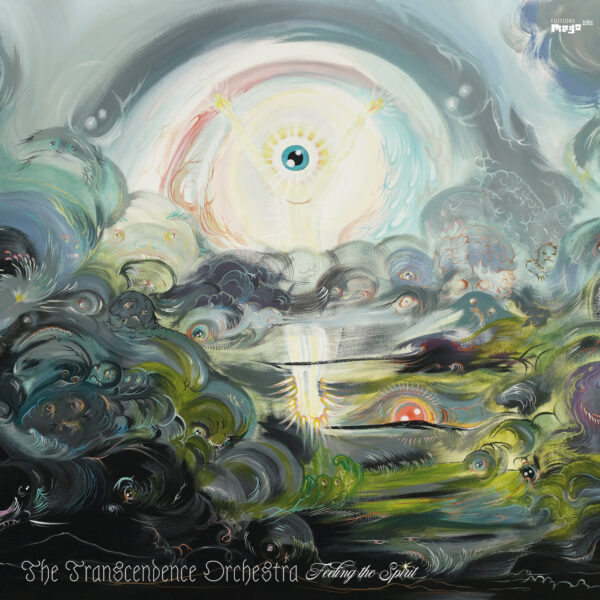 “Like La Monte Young and The Incredible String Band stuck in an elevator.”
In the process of relocating to Den Bosch’s Willem Twee Studios, The Transcendence Orchestra let love slip deftly out of its gate and reverberate around the walls of the studio’s main hall, a high ceilinged former synagogue in the city’s old town. Working intensively to capture its echoes, they coaxed it to appear in pipes and strings, directed it through resonant circuits and shepherded it round the room with beaters, horns and rattles.
Having returned home with the recordings, a purpose began to emerge. Through a process of extensive reconfiguration and testing it became clear that the love contained within could transform perception. Under the right circumstances, and accompanied by appropriate technology, it could serve as a map for navigating beginnings and endings. Like some distant mesmerising chant or a psychedelic folk song, it could connect us and reassure us that we can pass through the boundaries and survive. Perhaps not intact but at least whole.

Here is that map, love soaked diligently into its lines, ready to guide those at a loss or reassure those willing to explore.
Written and produced by Anthony Child and Daniel Bean
Mastered by Stephan Mathieu at Schwebung Mastering, January 2020
Cut by Andreas Kauffelt at Schnitstelle, Berlin, February 2020