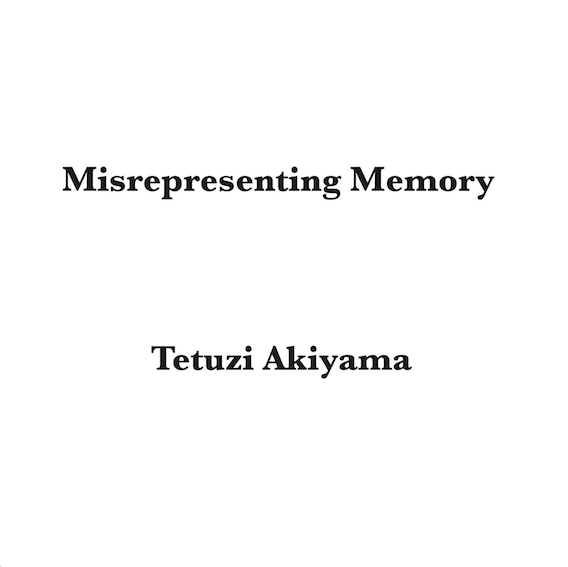 A solo album by guitarist Tetuzi Akiyama, who carries out an energetic performance schedule in and out of Japan. Amazingly, this is his first solo album since the 2008 release of The Ancient Balance to Control Death on the U.S. label Western Vinyl. That album included both acoustic guitar and singing, so Misrepresenting Memory is actually Akiyama’s first instrumental solo album with guitar in 13 years, since the release of the CD-R Terrifying Street Trees in January 2006 on the Portuguese label Esquilo Records.