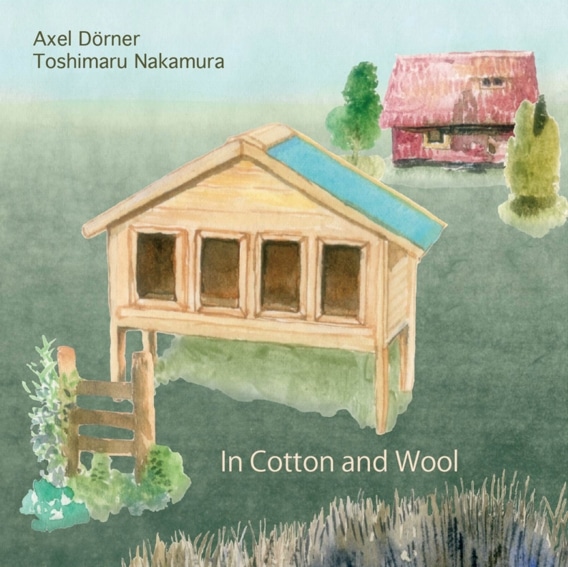 "In Cotton and Wool"

With his innovative performances, Berlin-based trumpeter Axel Dörner has been a leading figure on the improvised music scene since the 1990s. Internationally popular no-input mixing board player/improviser Toshimaru Nakamura structures sound by controlling mixer feedback. These two musicians released the CD Vorhernach on the Ftarri label in 2007, and In Cotton and Wool is their second duo album.

The four tracks on this album (each between 7 and 12 minutes) were recorded in a studio in Berlin in May 2017. Dörner uses electronics in addition to trumpet. In striking contrast with the 2007 first release, which is permeated with delicate sound creation making extensive use of soft tones, this second album is sure to overwhelm listeners with its radical, aggressive musical back-and-forth. What’s more, there’s never a monotonous moment–the overall structure is diverse and richly varied. This is a powerful masterpiece born of the two musicians’ incomparable technique and musicianship.