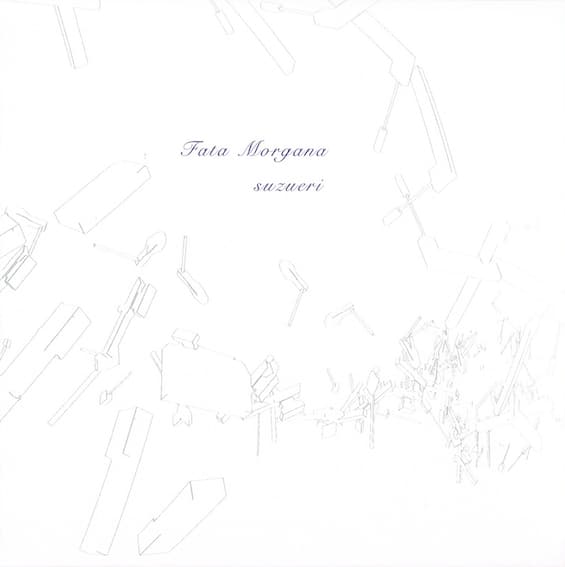 suzueri: piano, gadgets.
Sound artist/improviser suzueri started her musical activity in the 1990s, and her wide-ranging work since then has included concerts, exhibitions and installations. It was in the late 2000s that she began the style of performance heard on this album, combining upright piano and handmade devices. She continued to develop her concerts featuring this combination, and in the 2010s she earned widespread recognition and praise among improvised/experimental music fans for her unique “suzueri” style.
Three CDs of suzueri’s performances at Ftarri with upright piano and self-made devices have previously been released on the Ftarri label: Live at Ftarri (meenna-993), a 2013 concert by the trio of suzueri, Tetuzi Akiyama (guitar) and Makoto Oshiro (self-made instruments), plus a quartet by these three and British drummer Roger Turner; Ftarri de Solos (ftarri-887), pairing solos performed in 2017 by suzueri and Hong Kong sound artist Fiona Lee; and Duo (ftarri-886), a 2018 duo performance with Makoto Oshiro. While these three CDs are all live recordings, what might be called a “definitive” studio-recorded solo album by suzueri has now been released. Fata Morgana, made up of two tracks of 25-plus minutes each, was recorded in February 2019 by Makoto Oshiro (who has an established reputation as an engineer).
Various devices including a small electric fan, a motor and a radio are placed on, attached to or arranged near an upright piano whose upper and lower panels are removed and insides exposed. The devices themselves produce sounds; and when touched by these devices, the piano strings and keyboard emit sounds repetitively (every few seconds) or continuously. These myriad sounds overlap and become a united whole, and at the point when they fill the space like a foundational layer, suzueri strikes the keyboard with both hands, forcefully and persistently unleashing clusters of sounds. This album overflows with suzueri’s magical appeal, which combines concentrated musical creativity with turbulence and disarray.