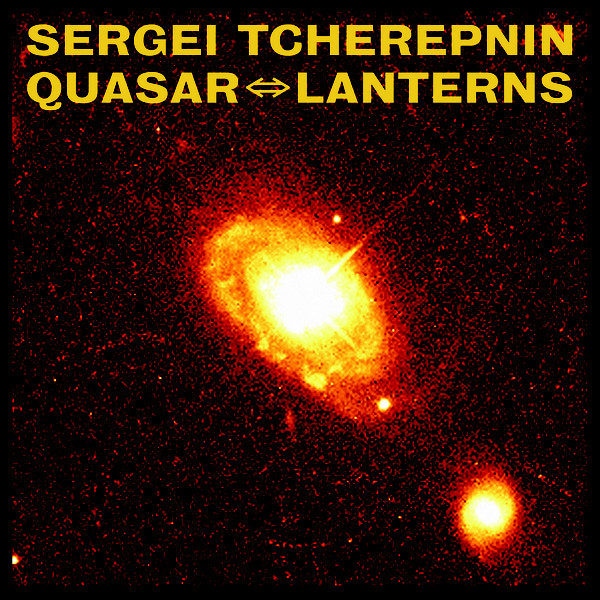 Sergei Tcherepnin’s Quasar <-> Lanterns was originally produced in 2009 as an 8-channel installation with Ei Arakawa at Künstlerhaus Stuttgart. Remixed to stereo for this release, Tcherepnin’s trio of works combine analog synthesizer recordings and other instrumental sources with field recordings captured during the artists’ travels to Turkey and Georgia. Each piece introduces a separate facet of Tcherepnin’s compositional practice, respectively probing the boundaries between perception/hallucination, active/passive listening, and form/fiction. In the first piece, titled “Death (Quasar)”, recordings of an acoustic bass played by Adam Linson function as “sound meteors,” creating fissures and tears as they rip through a stable yet shifting aural field. “Sky” follows with a series of clear and high ear tones, unfolding as a succession of subtle sonic events. The final piece “Horse” explores the rhythmic and textural qualities of recorded horse hooves moving across stone, assembling the sounds into a sonic fiction in which horses and their riders leave the earth via flying carpets (objects referenced in the original installation).
Sergei Tcherepnin is a Brooklyn-based artist and musician. His work constructs temporary architectural interventions that push phenomena of the sonorous towards the haptic through performance, composition, and installation, exploring the materiality of sound and its physical and psychological effects on the listener. Recent performances and installations have been held at the 2014 Whitney Biennial, the 30th Sao Paulo Biennial, Guggenheim Museum, Audio Visual Arts, Murray Guy, and ISSUE Project Room.