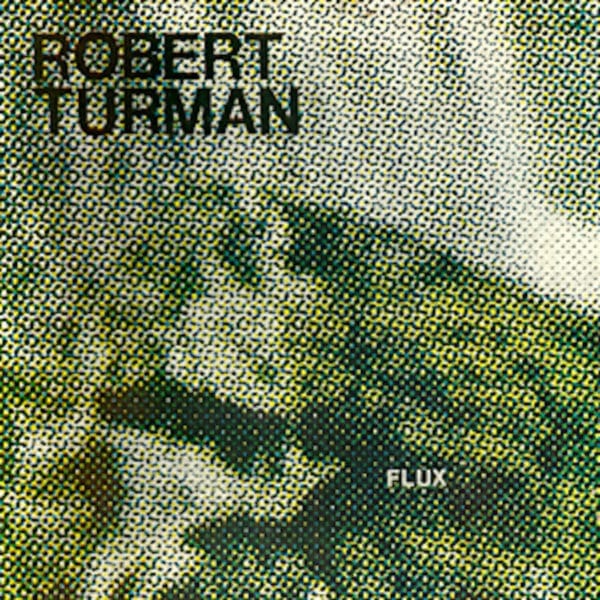 “Flux” is the 1981 debut solo outing of Robert Turman, an American multi-instrumentalist and avant-garde composer. Until recently, Turman was perhaps best known for his contributions to the ballistic NON project with Boyd Rice, as well as other obscured U.S. industrial acts such as Z.O. Voider.
In the summer of 1981 Turman decided he would take a drastic turn from the noisy/electronic/industrial work of his compatriots, and began work on what is now the classic “Flux” cassette. “Flux” was originally self-released in extremely limited numbers. Weary of the noisescapes of old, he set out to create long-form minimalism utilizing kalimba, piano, “Mini-Pops Jr.” drum machine, and tape loops to create a complex bed of interweaving micro-stasis’. The results of these new experiments were as beautiful as they were perplexing.
A curious dusty fidelity carries these classic tracks across four sides of vinyl, including all of the original “Flux” content. These compositions glow with a sprawling, slow motion haze that’s light years ahead of its time. “Flux” reveals wide spectrums of sound from melancholic kalimba and percussion patterns to slowed down, syrupy Exotica. Turman had complex ideas in his mind yet only the simple technologies of the day were at hand. Hear the click of the stopping and starting Tascam 3340 open-reel tape machine as one hand presses the “record” and “play” buttons and the other plays piano phrases. While there are similarities in style to Classical Minimalism, Turman’s sound and vision is his own and is exclusive to his limited discography.
Released in a limited edition 2xLP set, Lovingly remastered and cut by Rashad Becker at Dubplates and Mastering from the original c-60 cassette master.
Original cassette artwork and scans provided by Aaron Dilloway.
2022 repress, black vinyl..