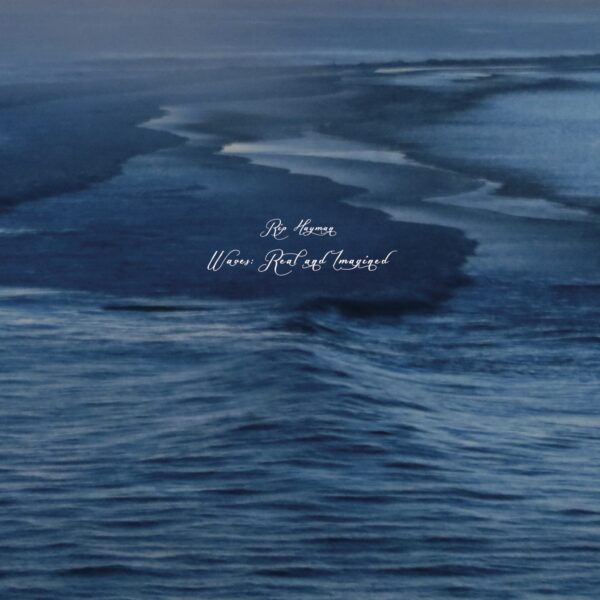 Captain Rip Hayman (b.1951, New Mexico) has come ashore again, bearing fresh cargo. A student of John Cage, Ravi Shankar, and Philip Corner, Rip was a founding editor of the notable Ear Magazine (1975-1991), and since 1977 he has run New York’s oldest bar, the Ear Inn. The focused minimalism of his new LP Waves: Real and Imagined varies from the collaged spectacle of his first Recital LP, Dreams of India & China (2019).

This oceanic dish holds two side-long works: “Waves for Flutes,” a multi-tracked flute composition recorded by the artist in 1977. ‘Angelic’, ‘Grave’, and ‘Sad’ modes overlap an effect of medieval choral organum, as shifting patterns evoke water and wind variations of the shore and vast sea beyond. An enchanting and arresting piece.

The second side holds “Seascapes,” which was recorded on the Pacific ocean in February and March of 2020 – through calm seas and tempestuous storms. The ship as the instrument played by the sea. We feel both lost and saved when at sea, the landfall feared or longed for.

The album is dedicated to all those whose souls have been lost and found at sea amidst the waves, for each sea wave is a child of Oceanus & Tethys, Greek gods of the sea, every one sent on their way to play…