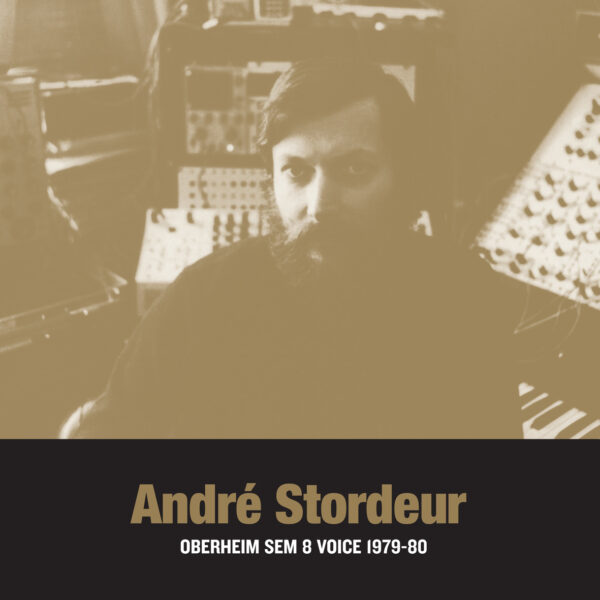 Sub Rosa presents in their Early Electronic series, the final chapter of music by Beglian key composer of early electronic experiments, André Stordeur (1941-2020). Side A features a previously unreleased, stark and poignant composition from 1979; while the B side is vibrant and almost playful of pieces from the 2000s.

André Stordeur His musical career started in 1973 with a tape composition for the soundtrack to a film on Gordon Matta-Clark titled Office Baroque. Later in the 1970s, he participated to avantgarde music ensemble Studio voor Experimentele Muziek, founded in Antwerp, Flanders, by Joris De Laet. Since 1980, Stordeur composes exclusively on Serge synthesizer, either a Serge series 79 and a Serge prototype 1980, which was especially built for him by Serge Tcherepnin himself. In 1981, Stordeur composed the music of Belgian film director Christian Mesnil’s documentary Du Zaïre au Congo. He studied at IRCAM in 1981 with David Wessel and then flew to the US to study with Morton Subotnick. Stordeur became an influential sound synthesis teacher and, in 1997, completed his Art of Analog Modular Synthesis by Voltage Control,[4] a guide to everything modular.

Oberheim While ‘Oberheim’ is the centerpiece of this LP, we pressed for the first time on vinyl three pieces from the session André called ‘Synthesis Studies,’ previously featuring on Complete Analog and Digital Electronic Music, 1978-2000. ‘I was helped in my studies by a must-have book: The Techniques of Electronic Music, by Thomas Wells and Eric Vogel (University Stores, 1974). That book aside, I learned synthesis on my own. After a trip to India in 1968, I discovered Indian music and took tabla and sitar classes in New Delhi; my teachers were students of Chatur Lal and Ravi Shankar. Later, in the 2000s, while living in the US, I tried to recreate through synthesis all the Indian musical instruments I loved so much.’ ‘Drone’ is one of his most spectacular works.