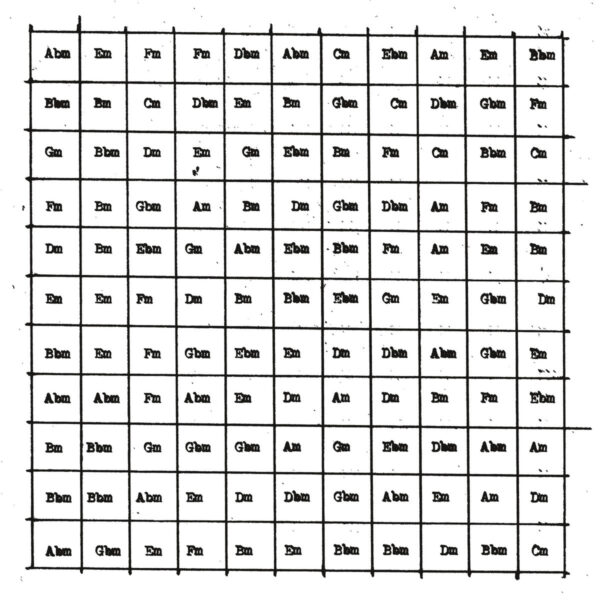 Black Truffle is pleased to announce the latest offering from underground legend Richard Youngs. Hyperactive since the late 1980s, Youngs is widely celebrated for his remarkably extensive and varied body of recordings. His works range freely over a vast terrain, wandering from tender acoustic balladry to raging psychedelic noise and orchestral D-beat, always imbued with his distinctive, often mournful, melodic sensibility and irrepressible sense of joyous experimentation.

Comprised of two side-long pieces, CXXI carried on the experiments with chance operations used to generate material on many of Youngs’ recent releases. On ‘Tokyo Photograph’, a slowly changing, randomly generated sequence of 121 minor chords played by sine waves and accented with a brushed snare hit on every change provides the harmonic foundation for Youngs’ fragile yet impassioned vocal performance, shards of field recordings and electronics and Sophie Cooper’s long, tape-echoed trombone notes. While the melancholic drift of the chords calls up prime Robert Wyatt sides like Old Rottenhat or Dondestan, only the most vestigial sense of song remains here, as Youngs arranges his minimal ingredients over a spacious fifteen-minute expanse that often drops to nothing more than the rich hum of sine waves.

‘The Unlearning’ carries on directly from the first side, presenting another, more harmonically varied, sequence of randomly generated chords played by sine waves, distressed with tape echo flourishes and sparsely sprinkled with electronic touches. Like some of Youngs’ most single-minded instrumental works in recent years, such as his recordings of foot-played guitar or his shakuhachi pieces, ‘The Unlearning’ is deeply meditative but entirely remote from ambient or minimalist cliches.

Named after the number of chord changes on the opening piece and (Chicago-style) the number of records Youngs has released, CXXI arrives in a striking monochrome sleeve featuring play-along chord charts for both pieces. Both rigorously conceptual and endearingly off-the-cuff, CXXI is classic Richard Youngs.