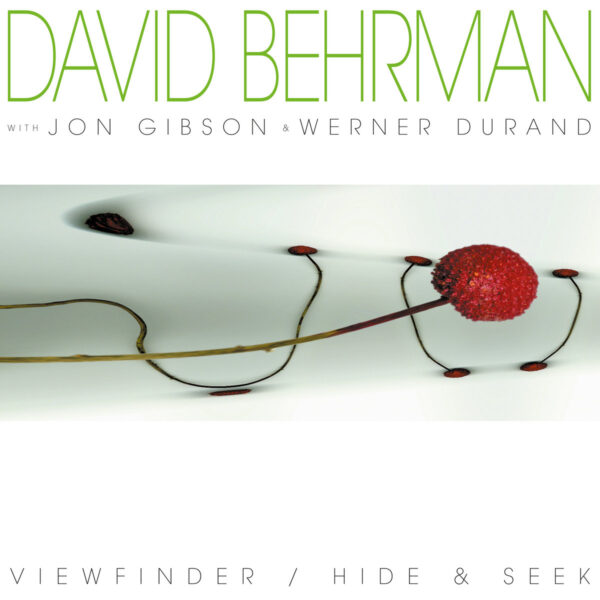 Black Truffle is thrilled to announce ViewFinder / Hide & Seek, a new release from acclaimed American experimental composer David Behrman, presenting recordings made in collaboration with Jon Gibson and Werner Durand between 1989 and 2020. Last heard from on Black Truffle as part of the collaborative art song/live electronics madness of She’s More Wild, these recordings find Behrman continuing the pioneering work in interactive electronics that have established him as one of the major living experimental composers.

Side A presents excerpts from two live realisations of Unforeseen Events (1989), the fourth in a series of pieces focussing on the interactions between instrumental performers and responsive software. Like the classic earlier works in the series, On the Other Ocean (1977), Interspecies Smalltalk (1984) and Leapday Night (1986), Unforeseen Events is an “unfinished composition” in which a computer system listens for and responds to specific pitch cues from an instrumentalist. Performed by the composer on electronics and Werner Durand on soprano saxophone in Berlin in 1989, the first realisation immediately ushers the listener into an environment of long soprano notes, lush, sustained synth harmonies, randomised percussive interjections and distantly burbling arpeggiated patterns.

The 1999 realisation recorded in New York with Jon Gibson on soprano shows how much room for the instrumentalist to affect the course of the music exists in Behrman’s interactive pieces, in which, as he notes, ‘performers have options rather than instructions’. Beginning in a roughly similar area to the version with Durand, this later recording eventually becomes substantially more active, as polyrhythmically layered arpeggios and percussive patterns respond to fast chromatic lines and dynamic phrases from the saxophone, moving Gibson in turn to respond with cycling figures and moments of extended technique that touch on the soprano languages pioneered by players like Steve Lacy and Evan Parker. Yet even at its most active, the lack of conventional forward movement in the music allows it to retain what Behrman’s friend Jacques Bekaert called its ‘fragile tranquillity’, as episodes of activity appear only as momentary disruptions of an underlying calm.

On the B side, we are treated to a new collaborative work from Behrman and Werner Durand, building on the 2002 installation work ViewFinder, in which a camera detecting physical motion triggered changes to electronic sound. The piece presented here is a long-distance studio construction, recorded by Behrman in the Hudson Valley and Durand in Berlin, offering up an expansive duet between Behrman’s lush, gliding synth tones and the alien, untempered tones of Durand’s invented and adapted wind instruments. Presented in a stunning gatefold sleeve with art from Terri Hanlon, archival photographs and new liner notes from Behrman and Durand,ViewFinder / Hide & Seek is an essential release showcasing the continuing vitality of a legendary figure in experimental music.