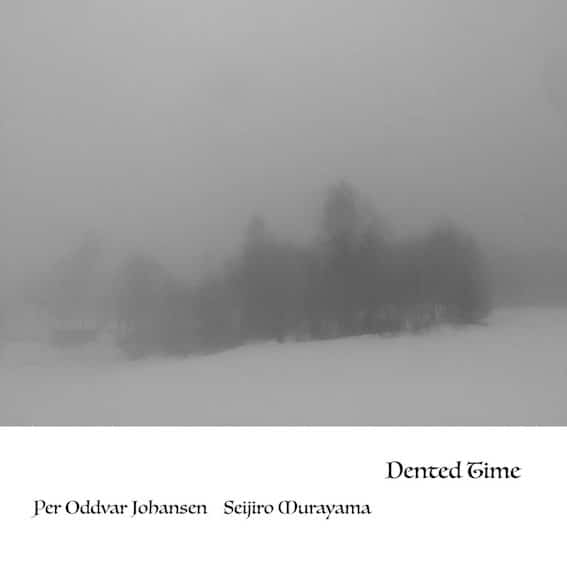 Jazz drummer Per Oddvar Johansen was born in Oslo, Norway, in 1968. He has earned six Spellemannsprisen, Norway’s equivalent to Grammy Awards. One of Norway’s leading drummers, he has participated in over 80 albums. Paris-based drummer/percussionist Seijiro Murayama is familiar to Ftarri listeners for his many releases of solo and collaborative performances on the Ftarri, Hitorri and Meenna labels.

The eight tracks on this CD (each 5 to 10 minutes long) are duo performances by Johansen and Murayama, recorded in Norway in July 2019. Six of the tracks are improvisation, and the last two are composed pieces. Both musicians used very simple sets combining snare drum with small objects and cymbals. There’s a notable restraint in terms of both the volume and the number of sounds. Together, the two veteran drummers play in similar styles, producing simmering, rattling, bubbling and clinking sounds. More than “playing,” one might say they’re releasing sounds. Though it’s a performance by two drummers, there’s no clumping together and leaping about of many percussive sounds; one can almost distinguish each individual sound. Naturally, even in this type of performance, the musicians’ amazing technique and musicality are fully and clearly heard. Far removed from images commonly associated with a duo drum performance, this album abounds in fascinating qualities of a completely different kind.
Per Oddvar Johansen (right side): snare drum, etc.
Seijiro Murayama (left side): snare drum, etc.
Recorded at Steinsrud, Lommedalen, Norway, July 2019.