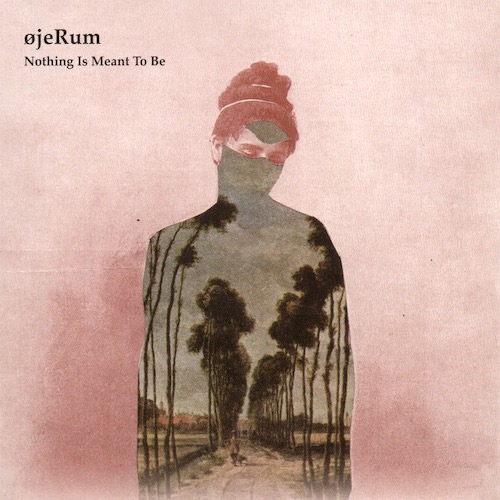 "Nothing is meant to be"

Danish artist øjeRum (a.k.a. Paw Grabowski) has commanded a loyal following for his collage portraits of female subjects, while leading a dual life as a musician. Following the release of his debut album, There Is A Flaw In My Iris, øjeRum enjoyed a brief dormant period before returning to recording in earnest in 2014, unleashing a prodigious flurry of albums (many self-produced). Adorned with his beautiful collages, these physical recordings have become coveted works of art in their own right, the majority of which sold out instantly upon release. Fortunately for audiophiles and design aficionados alike, Art into Life has now reissued six of his early albums in a collectible six CD box set. This compendium of primarily acoustic recordings is a befitting testament to the raw, imminently personal emotion imbuing the artist’s work, capturing his distinct aural landscape as if privy to an intimate sketchbook of serene loops and ample helpings of atmospheric hiss.

Art into Life · øjeRum “He Remembers There Were Gardens”