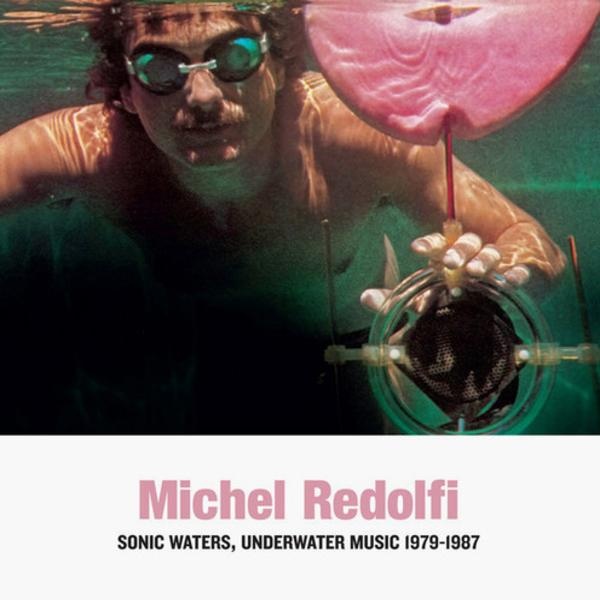 A work that literally immerses the listener into an acoustical substance. The sound becomes almost like matter, like jelly. Soon, you’re swimming in sound, getting lost inside it.

With the Sonic Waters project initiated in 1978, my aim was to situate field of electronic music within a liberating and futuristic experience, outside the concert halls and in sync with the development of new instruments – in particular the Synclavier digital synthesizer, the first model of which I acquired in 1977. As concert space, the Pacific Ocean seemed to me to be the ideal experimental medium for both acoustic and cultural reasons. I then developed the aesthetic and technical elements that would contribute to the conception of Underwater Music. Numerous performances would follow spanning four decades, in natural sites or in large public pools such as those of Sydney, Paris or Venice during the 2006 Biennale.

Michel Redolfi (1951), French composer and sound artist, is the founder of Underwater Music. The natural elements captured and highlighted by experimental technology are a constant in Redolfi’s catalogue: many compositions explore the earth environments such as in ‘Pacific Tubular Waves’, ‘Jungles’, ‘Desert Tracks’ (re-released on Sub Rosa records) and especially with ‘Sonic Waters’, a work that literally immerses the listener into an acoustical substance. During the mid-seventies Redolfi carried out his electro-acoustic research in the United States, with major electronic music centers including the California Institute of the Arts and chiefly the University of California in San Diego. As invited resident of their studios, Michel Redolfi launched the underwater music concerts, with the series ‘Sonic Waters’ performed in the Pacific Ocean. Michel Redolfi’s underwater creations have since been regularly programmed by major international festivals, with multi-media installations held in ecological marine reserves or in historical city pools. Among them, the Sydney Festival, Paris ‘Nuit Blanche’, Ars Electronica in Linz, the 2006 Venice Biennale (nominated Golden Lion) and lately the 2018 Ars Musica festival in Brussels. This record presents different variations of Sonic Waters from 1980 to 1987, alternating studio mixes with their re-recordings in the depths of the Pacific. Michel Redolfi CD’s and LP’s are currently published by Sub Rosa, INA-GRM and Radio France.