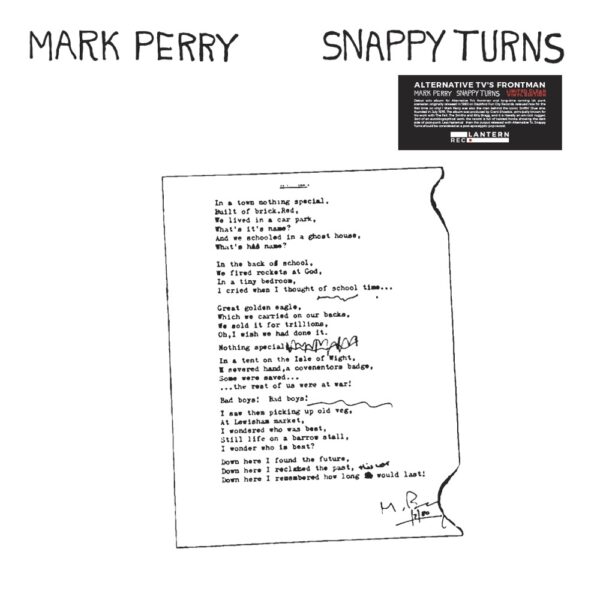 Debut solo album for Alternative Tv frontman and long-time running Uk punk scenester, originally released in 1980 on Deptford Fun City Records. Mark Perry was also the man behind the iconic Sniffin’ Glue zine, founded in July 1976. The album was produced by Grant Showbiz, principally known for his work with The Fall, The Smiths and Billy Bragg, and it is literally an art-rock nugget. Sort of an autobiographical work, the record is full of twisted hooks, showing the dark side of post-punk. Less hysterical than the output released with Alternative Tv, Snappy Turns should be considered as a post-apocalyptic pop record. It could have been easily included in the infamous Nurse With Wound list (guess what, his former band was there) introducing several connections to the so-called ‘grey area’. In particular, the disturbing tape loops and the violin heard in Death Looks Down are perversely informed by late Throbbing Gristle, a band seriously informed by the same aesthetics (Alternative Tv used to rehearse in TG studio in Hackney back in the days, while former ATV member Alex Fergusson founded Psychic Tv with Genesis P-Orridge). As the shadow of doubt surrounds our nearby future, Snappy Turns could be easily an appropriate soundtrack.