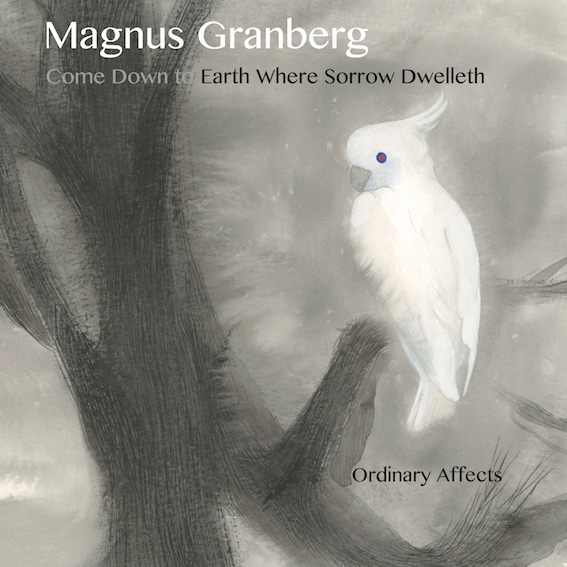 "Come down to earth where sorrow dwelleth"

Magnus Granberg is a composer/musician living in Stockholm. Through experimental music ensembles/projects such as his own group Skogen (which he has led since 2005), Ordinary Affects, Ensemble Grizzana and Insub Meta Orchestra, he has produced outstanding works revealing new compositional possibilities. Performances of his compositions have been released on various labels, chiefly the UK’s Another Timbre. Granberg has earned a great deal of international attention and critical praise. In November 2019, he came to Japan for the first time to perform at Ftarri Festival, where he presented a revised version of his work “Come Down to Earth Where Sorrow Dwelleth” in a performance by four musicians (including himself) on sho, koto, piano and electronics.

Granberg originally wrote this work for the Boston-based experimental ensemble Ordinary Affects, which has an established reputation for performing works by contemporary composers such as Wandelweiser artists Antoine Beuger, Jürg Frey, Eva-Maria Houben and Michael Pisaro, as well as Christian Wolff, Ryoko Akama and others. Their repertoire also includes composed works by each of the Ordinary Affects members, as well as improvisation. They performed two works by Bruno Duplant on his album deux songes (les jours sont faits pour expliquer les nuits) (meenna-976), released on the Meenna label in 2019.