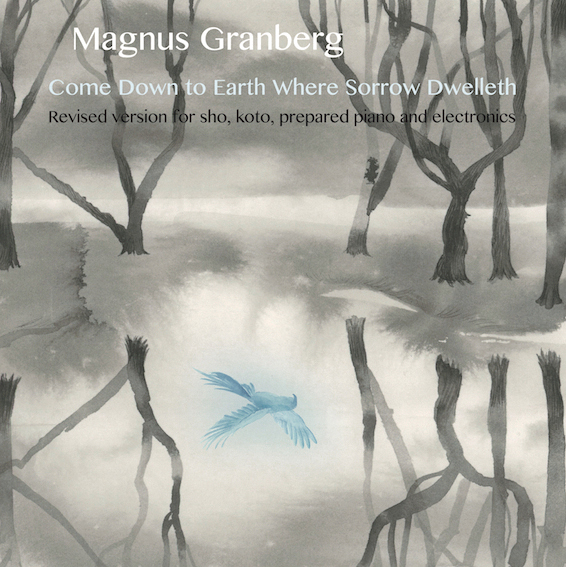 "Come Down to Earth Where Sorrow Dwelleth (Revised version for sho, koto, prepared piano and electronics)"

Magnus Granberg is a composer/musician based in Stockholm, Sweden. Since 2005, through his own ensemble Skogen and other experimental music groups including Ordinary Affects, Ensemble Grizzana and Insub Meta Orchestra, he has been presenting high-quality works demonstrating new compositional possibilities. Granberg’s works have been released on various labels including the UK’s Another Timbre. His recent activities have received a great deal of attention.

Granberg originally composed “Come Down to Earth Where Sorrow Dwelleth” in spring 2019 for the Boston-based experimental music ensemble Ordinary Affects. For the performance of this piece at Ftarri Festival, he created a revised version for sho, koto, prepared piano and electronics, and made his first trip to Japan in November 2019. On November 8, just before the festival, the four musicians met at the studio GOK Sound in Kichijoji, Tokyo, for a rehearsal and recording. This CD documents that studio recording of a 52-minute performance by Ko Ishikawa (sho), Miki Maruta (20-string koto), Granberg (prepared piano) and Toshimaru Nakamura (no-input mixing board). (At Ftarri Festival, Granberg used a piano without preparations.)

Throughout the work there’s a gravity and mystical quality to the sound and the uniqueness of Magnus Granberg’s artistry is amply displayed. It’s interesting to compare this performance with the original version (released on Meenna in July 2020 [meenna-970]), which was performed by Ordinary Affects on violin, cello, electric guitar, vibraphone and prepared piano.
Miki Maruta: 20-string koto
Ko Ishikawa: sho
Toshimaru Nakamura: no-input mixing board
Magnus Granberg: prepared piano