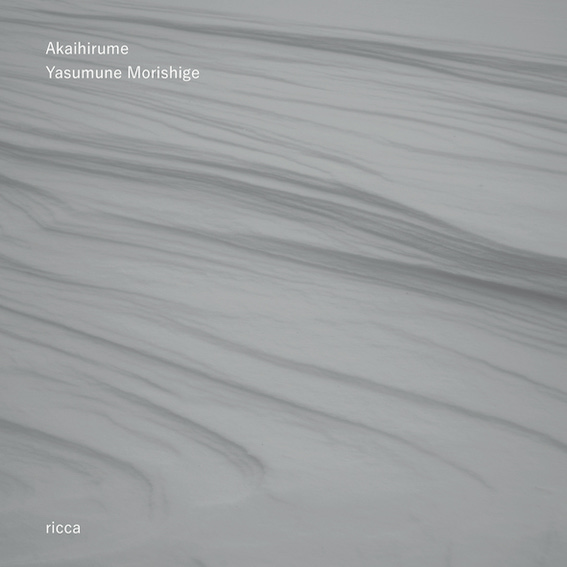 Yasumune Morishige and Akaihirume are musicians based in Tokyo. Morishige is a cellist who primarily performs improvisation, and collaborates with many musicians and dancers from Japan and other countries. Akaihirume is a vocalist who improvises in addition to singing her own songs. In 2015 she and computer player Carl Stone started a duo project whose activities include performances in Asia and the United States. (They also performed at Ftarri Festival in 2019).

Separately from her work with Carl Stone, Akaihirume performs in a duo with Yasumune Morishige. Over the past few years they have appeared regularly at Ftarri, Tokyo. This CD documents their performance in a concert on February 24, 2020. Morishige’s subtle yet free-spirited cello playing and Akaihirume’s vocals, with her creative use of effects, intertwine exquisitely and permeate every corner of the space. Consisting mainly of improvisation, the recording also includes (at the beginning and end of the performance) Akaihirume singing her own songs, accompanied by graceful melodies. The superb performances beautifully channel the musical artistry of both musicians.