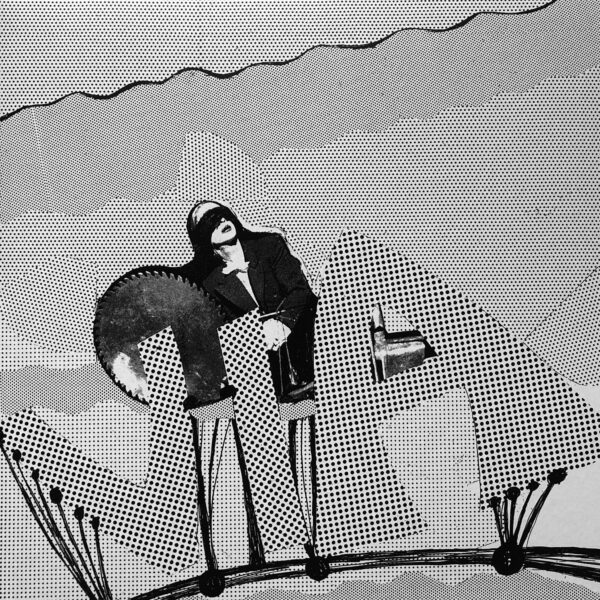 Limpe Fuchs’ first solo record came about by accident. Initially, Christoph Heemann invited the famous Anima duo to do a studio record in his home-town Aachen, but Paul Fuchs decided not to join in, so Limpe went on her own – and the recording sessions taking place in late 1986 and early 1987 turned out to become “via”, Limpe’s first solo-record and the (visible) starting point of her ongoing exceptional career as an internationally performing, independent female improviser. Besides a plethora of (partly self-built) acoustic instruments that can also be heard on her legendary Anima (music) records, such as violin, saw blade, chimes, wood block and limpe’s unmistakable unique vocals, “via” featured a korg-synthesizer, that drew Limpe’s attention in the studio and she decided to give it a try and recorded a lot of electronic music for “via” – and in all the years to follow since then she never got near the instrument again; neither for studio recordings nor live performances . Fast forward to 2015: after not having met Christoph Heemann for many years, they got in contact again and performed selected dates (as Macchia Forest together with Timo van Luijk) when he proposed to Limpe another korg-synthesizer recording. not having touched the instruments in decades Limpe was reluctant at first but warmed up to the idea eventually and improvised a wonderfully meditative and soulful electronic piece of music. She also recorded five of her pendulum strings exclusively for the first time (with a bit of vocals, too) – huge self-built instruments of various size with an amazing sound rich of oscillating overtones. The both side-long recordings – one side korg, one side pendulum strings – featured on “solaia” are a visceral document of Limpe Fuchs’ artistic versatility and musical sensibilities. It’s fair to say: the spirit of her musical approach is captured perfectly on this new studio-album (mixed and mastered by her son Zoro Babel), which is released in conjunction with a first-time re-release of “via” – both to celebrate her long-standing musical career (and her eightieth birthday). “via” and “solaia” are available now as two separate lp’s. Both records are released in an edition of 300 copies and accompanied by a 30-page longform interview with Limpe Fuchs and Christoph Heemann to give an insight in their collaborative history and portray Limpe’s outstanding artistry.