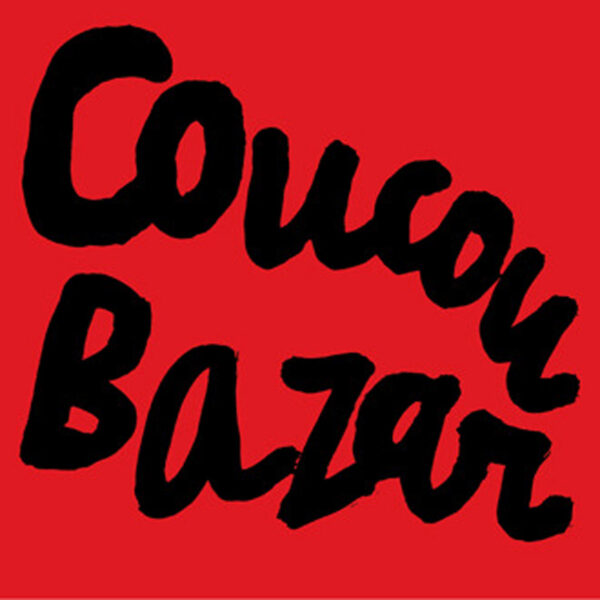 ***
”(…) my music was slovenly and dirty, and therefore anti-musical, anti-humanistic” Jean Dubuffet

In 1965, Turkish composer Ilhan Mimaroglu, then residing in New York, sent a letter to Jean Dubuffet, to explain his experiments, inspired by the series of the artist’s drawings.
In 1971 when Dubuffet started working on a new form of “show,” Coucou Bazar, he decided to submit his project to Mimaroglu. Mimaroglu released his music for Coucou Bazar in 1973 under the title: Electronic Music for Jean Dubuffet’s Coucou Bazar, accompanying the first version of the ‘show’ presented at the Solomon R. Guggenheim Museum in New York, from the 16th of May to the 29th of July 1973, and the second version at the Grand Palais in Paris, from the 2nd of November to the 1st of December 1973.
Following these first two versions of Coucou Bazar, Dubuffet quickly envisioned a third version. This third version of Coucou Bazar was finally produced in Turin in 1978, thanks to the FIAT company. And this time, it was accompanied by Dubuffet’s music. Anna Sagna, the choreographer of this third version, took care of editing the tapes from 1961 and 1973-1974 into a collage.