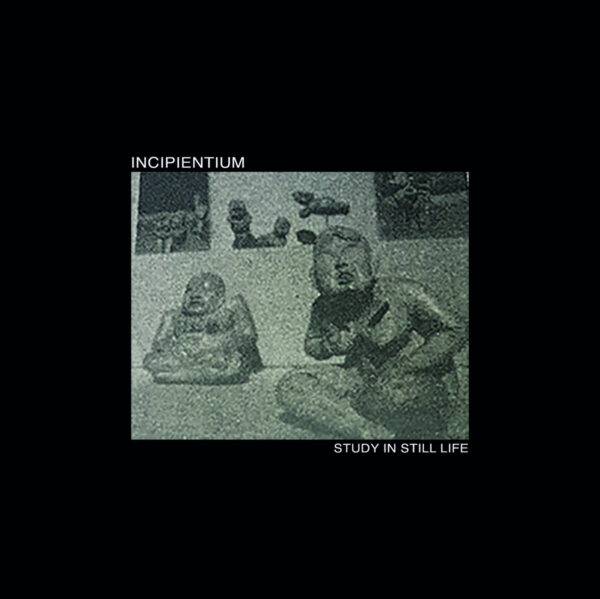 Full sunken drone acousmagique from a lokey promising new Swedish artist, Incipientum, tipped for fans of Organum, NWW, Jeph Jerman, Litüus.
When iDEAL introduce a new artist to the fold it’s always worth paying attention, and Incipientum is a real one. Hailing from the bowels of Gothenburg’s underground, he makes a virtue of harnessing stark negative space and energy to his will on ’Study in Still Life’, which appears as his 2nd release and debut album, proper, after an early, super-limited CDr. Trust it’s not some overbearing drone wallow, though, instead expect a fine play of dark/light that reveals itself with full immersion.
Settling on the mind somewhere between the original post-industrial spectralism of Organum or NWW, and the likes of Lambda Sond or Litüus’s eerie chamber-like styles in the contemporary era, Incipientum trades in a very uncanny language of resonant minimalism, all shadowy tone and vaporous timbral suggestion that appears to flicker before the ear’s eye and create the eeriest sense of depth perception from ostensibly static elements.
Opener ‘The Object Of’ plumbs unfathomable, abyssopelagic subharmonics, before appearing to rise toward the light over its 12 min duration, where ‘Conveyed Visions’ feels just below the surface, bathed in refracted moonlit timbres that play out a shimmering isolationist nocturne, shoring up somewhere like a BoC vignette. ‘Orientation’ is the suite’s succinct sort of palate cleanser, introducing hallucinatory voices, and logically leads to relative relief of ‘The Object Is Terrifying’, ascending from the depths to an immanent calm, yet fraught with aleatoric interference that keeps us rapt and anticipating his next moves.