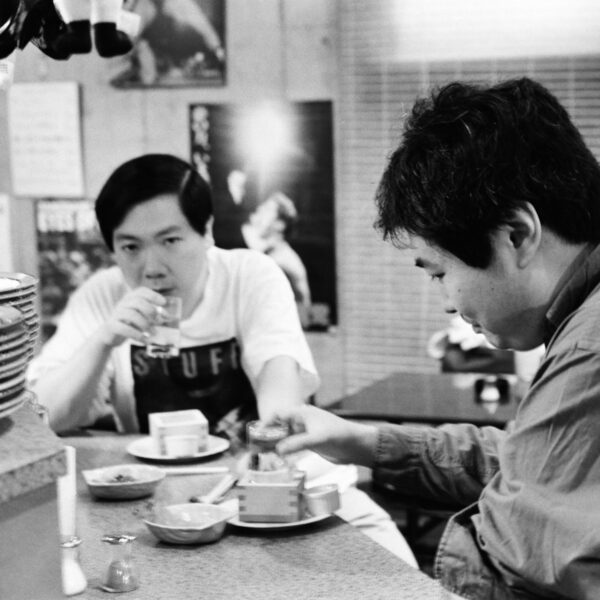 "As Loud As Possible"

The mid-90s were particularly abundant years for harsh noise, producing many albums which are now considered masterpieces. One of the most beloved classics from this period is “As Loud As Possible” by Incapacitants. Active since 1981, the duo of Toshiji Mikawa and Fumio Kosakai found their stride in the early 90s and set off on an unrelenting course which produced countless gems of noise. Many of these have been well preserved and documented elsewhere, compiled on “Box Is Stupid” and “Alchemy Box Is Stupid”, however, “As Loud As Possible” has never been reissued since its original release on Zabriskie Point. It is now made available for the first time since 1995, with no corner cut in preparation of its reissue. The audio was transferred from the original tapes by Din-I-Ilahi, and re-mastered for digital and vinyl formats by Rashad Becker. The iconic cover photographs by Naomi Hosokawa have been scanned from the original negatives and enlarged for the expanded format, along with outtakes and unused shots, which are now included here for the first time. T. Mikawa also dug into the Incapacitants archives and unearthed two additional tracks of previously unreleased material, recorded around the same time as the album. These two tracks, entitled “As Loud As Possible Revisited” are included as a bonus 7″ with alternate picture sleeve. Features extensive liner notes written by Sam McKinlay aka The Rita. A personal all-time favourite, it is an honour to present “As Loud As Possible” as a double LP in deluxe gatefold sleeve. Includes digital download.