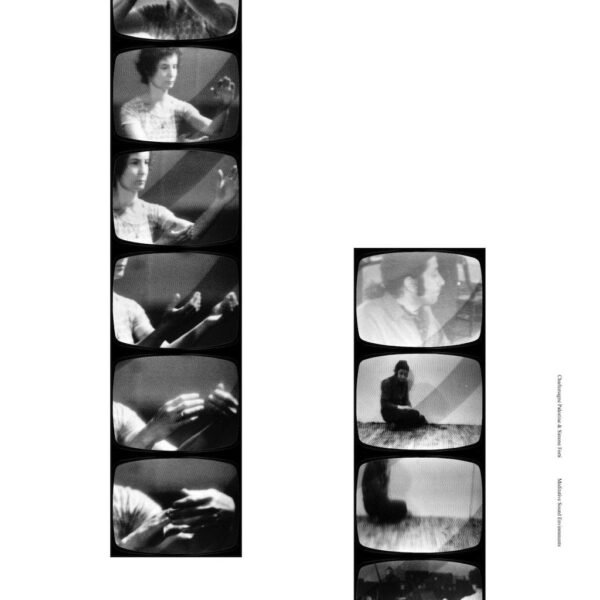 Charlemagne Palestine met Simone Forti through Dr. Richard Alpert, a professor at Columbia University who went to India to study with a Hindu guru and he himself became a guru afterwards called Baba Ram Dass. Coming back to US he brought Pandit Pran Nath with him. It was a time when everybody was experimenting. All came with a lot of orientalism because people were into timelessness, meditation and being stoned. It was in that atmosphere that Charlemagne met Simone because she also knew Pran Nath. Around that time Palestine moved from NY to California to work with electronic music at the newly invented school California Institute of the Arts. Simone was also living in LA and even though she was not officially connected to CalArts she knew many of the artists who were teaching there.

In summer 1970 Simone Forti was invited by Allan Kaprow (one of the Deans of CalArts) to do an evening of dance at the Pasadena Art Museum and for this performance she asked Charlemagne Palestine to try developing a new kind of work together. It immediately clicked!!!! In January 1971 in Pasadena they did their first “Illuminationss”. All of a sudden they were doing a new kind of jamming together. Everybody in the audience loved it because it was so dreamy and they found amazing how a man and a woman can act in that strange, very dreamlike oriental way as in trance,,,,,together. This kind of collaboration between man and woman was uncommon at that time. Mostly other artists were doing very structural works while with “Illuminations” it was totally like they were on magicness drugs.

These performances had certain fixed elements… the piano or some electronics like in “Meditative Sound Environment”, the title track of this LP. It turned out they liked red lights so they started to always do it in red light. Also they liked to do it in a resonant spaces. It became more an approach than a piece, because there were never two “Illuminations” that were alike.

The aspect of Charlemagne’s music that most inspired Simone Forti’s imagination was his melodies. Sometimes their texture of repetitions and evolving variations were so close that the term melody doesn’t seem to apply. What most determined the “Illuminations” was Charlemagne’s way of letting the elements in the music develop only very gradually.

As Simone Forti recalls: “Once, just before a performance, Charlemagne sang ‘Simoney don’t worry, you will dance and sing all right.’ And of course i did as we walked arm in arm circling the wide-open space, a grand piano to one side shining black and covered with Teddy Bear deities, Charlemagne reflecting his childhood time as devotional cantor, and me, my childhood time striding along in the Tuscan hills, belting out Italian folksongs with her cousins”. The recurring melodies were mostly Charlemagne’s. But Simone Forti brought one too, with a beautiful song about not drifting away into the beyond that you can hear as the last track on this LP.

Edition limited to 365 copies with liner notes by Charlemagne Palestine and Simone Forti.