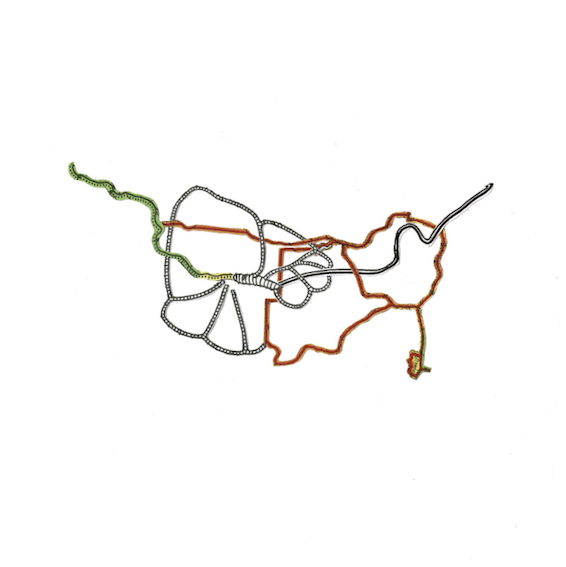 Artist and musician Frédéric Tentelier creates musical theater shows and sound installations. He composes his music with field recordings, Fender Rhodes, organs, banjo, objects… His music is recorded in particular spaces, from graphic scores, topographic maps, harmonic translations or improvisations… He considers field recording as a harmonic and musical material, but also as a temporal material structuring musical forms. Time and silence are the bases of his musical forms. In this disc, he assembles various materials accumulated in the spring of 2020 for 50 days in a row. These are harmonic translations of words or sentences heard on the radio. It is a construction reflecting a particular period during which suspended time and introspection were favorable to him.