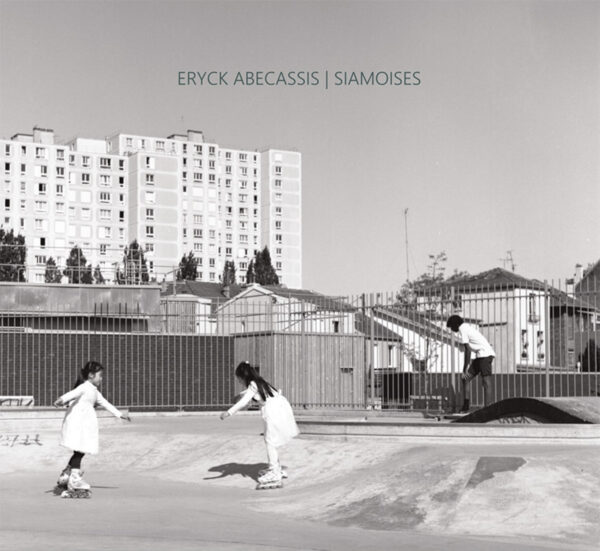 Eryck Abecassis (b 1956) is a french-algerian composer, musician and electric guitar player. He went to Paris in 1976 to study film at the CLCF (Conservatoire Libre du Cinéma Français) and worked as a photographer. From 1979 to 1983 he took private lessons in composition and harmony with Julien Falk (1902-1987) and studied Jazz orchestration with Derryl Hall at the Centre d’informations musicales in Paris. In the following years he took various courses at IRCAM, among others in instrumental research and computer music. He took lessons with Jean-Claude Risset and in 1994 with Pascal Dusapin at the Centre Acanthes. In 1997 he took part in the Cursus Annuel de Composition et Informatique Musicale at IRCAM.
From 1986 to 1992 Abecassis was director of the theatre academy L’Entreprise and received several commissions from Radio France, the French and Canadian governments, Gmem, INA GRM, Grame and Césaré. His music has been performed at various international music festivals such as Présences, Les Musiques-Marseille, Musiques en scènes-Lyon, Escales Improbables, SignalX-Cagliari, the Computer Art Festival Padova and others.
“Siamoises” is his 3rd solo album and 2nd contribution to the FF label catalogue (after “La Gueule Du Loup” w/ Francisco Meirino, 2017). Composed and recorded in Paris 2018, “Siamoises” is the pairing of Eryck’s instrument of choice, an Ibanez 2404 double neck e-bass/guitar, with a modular synthesizer.