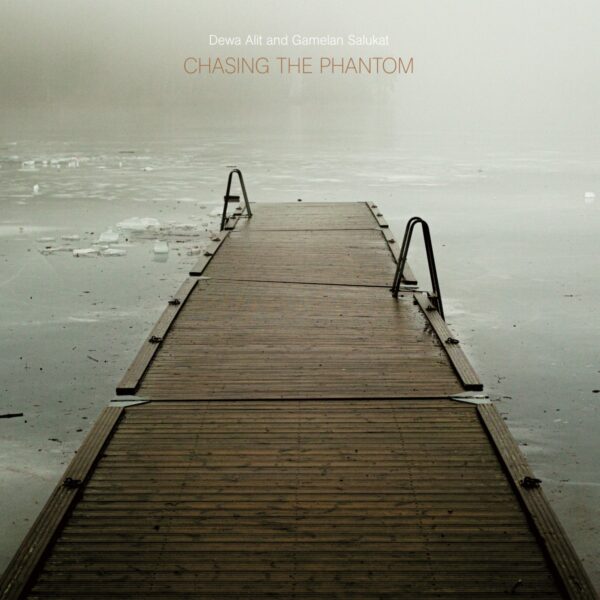 “Ngejuk Memedi”, an English translation of which gives the LP its title, results from Alit’s reflection on the complex relationship between tradition and modernity in Balinese culture, particularly in the way that belief in the phantoms or spirits known as ‘memedi’ are shared through social media using digital technologies. Embodying this uncanny co-existence, the opening passages of the piece are at once immediately recognisable in their use of the metallophones of the Gamelan ensemble and strikingly reminiscent of electronics in their timbre and movement. At points, what we hear seems to have been fragmented with digital tools, or even to originate in some incessantly glitching DX7. Short melodic figures loop irregularly, with the ensemble splintering into polyrhythmic shards before unexpectedly recombining for intricate unison passages. After several minutes of this manically tinkling metallic sound world, the metallophones are joined by drums for a meditative passage of lower dynamics, as the uniformly high pitch range explored in the opening sections gradually opens up to include resonant low gong hits. Recovering some of the manic energy of the opening, but now enhanced with the full range of percussion, the piece weaves through a series of tempo changes to a stunning passage of rapid-fire melodies and ringing chords that sweep across the metallophones, their unorthodox tuning creating complex clouds of wavering harmonies.

“Likad”, written during Covid-19 lockdowns, channels anxiety and uncertainty into musical form, resulting in a piece that, even by Alit’s standards, is stunning in its complexity and the virtuosity it demands of Gamelan Salukat. Its opening section is perhaps most remarkable for its mastery of texture, with rapid transitions between dry, muted strikes and metallic shimmers calling to mind the use of filters in electronic music. At points, the complex irregular repetitions of short melodic patterns, where the music seems to get stuck or be suddenly interrupted by a skip, recall the mad sampler works of Alvin Curran or the skittering surface of prime period Oval more than anything familiar from acoustic percussion music. Moving through a dizzying series of twists and turns, the piece ends with a majestic sequence of chords possessing an almost hieratic power. A major statement from a radical contemporary composer, one cannot help but agree with Alit when he sees Chasing the Phantom as an answer to the “question of the future of Gamelan music”.