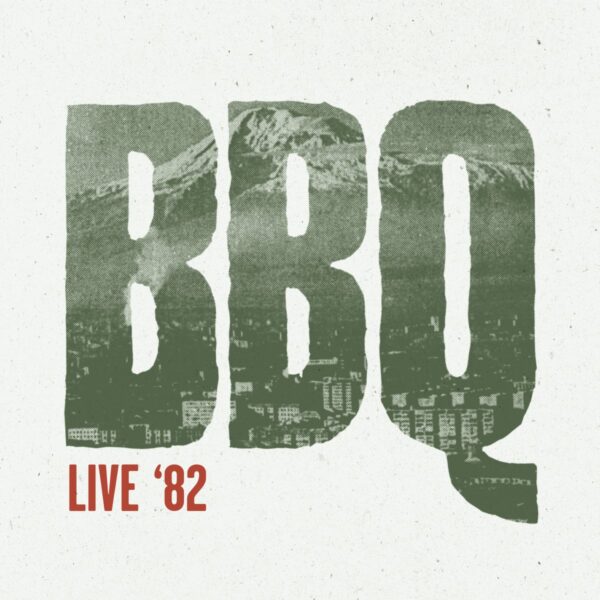 Black Truffle is pleased to announce a major archival discovery from the wildest outer fringes of the FMP universe, the Bergisch-Brandenburgisches Quartett’s Live ’82.
The Bergisch-Brandenburgisches Quartett (BBQ) was formed in 1980 in Rostock, East Germany, when three of the most radical and riotous members of the West German free music scene—reedist/accordionist Rüdiger Carl, percussionist Sven-Åke Johansson and Hans Reichel on violin and his modified ‘strange guitars’ — first played as a quartet with East German saxophonist Ernst-Ludwig Petrowsky. A rare example of a working band with members from both sides of the wall, during its lifetime the BBQ left only one recorded document, a studio LP on Amiga, the pop and jazz sublabel of the GDR state-run Deutsche Schallplatten Berlin. Neither pure fire music nor orthodox free improvisation, the four members of the BBQ shared an all-embracing aesthetic where quotes and jokes sat comfortably alongside radical extended techniques and sonic experiments.
Beautifully recorded at the 1982 Moers festival, the music presented here is a kaleidoscopic demonstration of what Johansson has called the BBQ’s ‘free postmodernism’. Beginning with a fractured landscape of clarinet flourishes from Petrowsky, Johansson’s spacious drums accents, banjo-esque plucks from Reichel’s handmade guitar and the groans and squawks of Carl on cuica, the music lurches between flowing melodicism and stunted locked grooves, settling after a few minutes into a lyrical clarinet and bass clarinet duet accompanied by shimmering guitar chords and some inexplicable percussive rotations. When Petrowksy starts to unfurl long, flowing flute lines accompanied by hand percussion, the music suddenly recalls Don Cherry’s global fusions, but this turn to the folkish quickly takes on a more European character when Carl and Johansson pick up accordions for the first of several comical but oddly moving duets. The more frantic second half of the set takes in a raucous digression into honking R&B, an Ayler-meets-Schlager romp with almost rockish chordal accompaniment from Reichel and an outrageous free jazz blowout with Carl on accordion, not to mention episodes of Johansson’s signature improvised Sprachgesang and antics with his expanded percussion set up, including items such as shoe stretchers and the Berlin yellow pages, which more than once cause the audience to burst into laughter. Arriving in a beautifully designed sleeve with copious archival photographs and flyers from Johansson’s collection and extensive new liner notes from Francis Plagne, Live ’82 is a major historical document that remains both musically challenging and immensely entertaining forty years on.