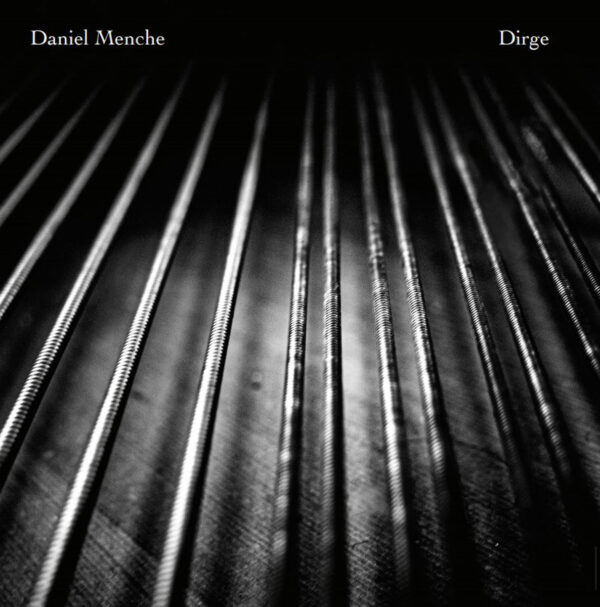 Daniel Menche has yet again utilized a piano to create a vast and immense storm of noise and drones. In 2011 he created a piano noise album titled “Guts” that was the sound of a piano being violently attacked and then electronically treated. Ten years later Daniel Menche worked with a grand piano that was in tune and located in a very acoustically sound studio. With carful elegance and care Daniel Menche wove long horse hairs in between the longest strings of this grand piano and bowed the strings for several hour to create massive amounts of overtones, drones and noise. Edited, mixed and subtly treated, “Dirge” is presented in a rather raw manner. The bowing acoustic movements was the main focus to the music rather than the electronic making this a unique recording in the ever growing discography of Daniel Menche. “Rawest Dirge” is a bonus track only on this CD release that is the raw recording of several objects placed on the strings with tone generators resonating the strings. “Rawest Dirge” is presented raw without any edits or treatments. “Dirge” was a very physical recording to make and therefore an album that truly needs to be heard physically loud and deep as possible.

Recorded at the Hallowed Halls studio in Portland Oregon.

Mastered at the Stereophonic Mastering.