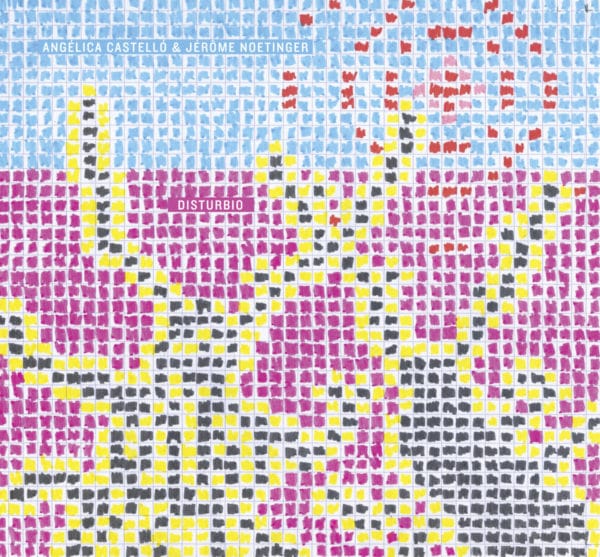 Angélica Castelló, paetzold, tapes, radios, electronics. Jérôme Noetinger, revox, radio, tapes, electronics.“Disturbio” is the debut album by duo Angélica Castelló and Jérôme Noetinger. This dense masse of noise and sonic rites is the result of a 3 day recording session in Vienna in 2016. Sometimes it’s impossible to figure out who’s playing, as if they were two on the same tool and instrument: They both use tapes and Castelló’s breathy playing on the Paetzold flute mimics the rotation of Noetinger’s Revox and vice versa, there is a a big collection of samples and loops, radios and field recordings on their cassettes and tapes, with which they create cinematic atmospheres with magic and hidden diaphanous voices. “Disturbio” is also a study on vibrating surface tremors, earthquakes, strong tectonic movements, shakes. Somehow apocalyptic and reflecting on the beauty of a world where the human is no more than a memory and just a distant sound.Angélica Castelló is a Mexican and Austrian composer, sound artist, performer, curator and teacher. Her sound work and compositions concentrate on fragility, dreamworld and the subconscious. Performs continuously solo or in cooperations everywhere between Mexico City and Vienna. Numerous compositions for ensembles, radio works as well as installations that operate at the interface of music, performance and visual arts. Several releases on labels like Mikroton Recordings, Interstellar records, Mosz and others.Jérôme Noetinger founded Cellule D’Intervention Metamkine in 1987, with French cinematographer and performer Christophe Auger and Xavier Quérel. They have performed with Nachtluft, Voice Crack, Tom Cora, Keith Rowe… He has collaborated with longtime partner Lionel Marchetti since 1993 and is a member of avant-improv orchestra MIMEO. He founded and runs the record label and distributor Metamkine (curating its “Cinéma Pour L’Oreille” collection) which has been our partner since the date of foundation of Mikroton. He mostly plays the tape recorder Revox B77.300 copies.