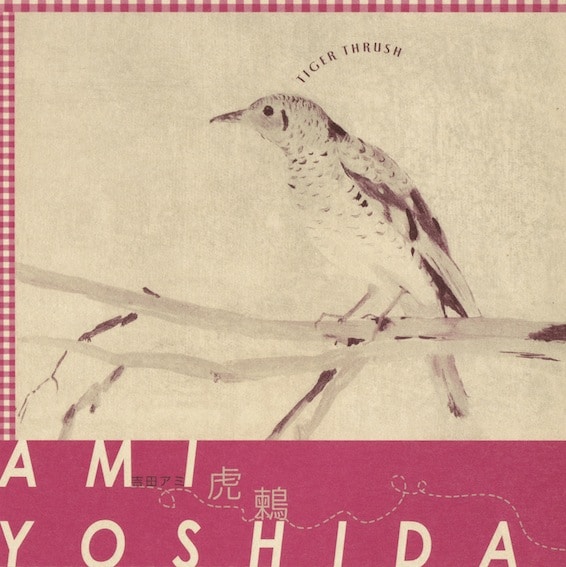 Recorded by Ami Yoshida at her house in Tokyo, January-March 2003. Mastered by Toshimaru Nakamura, May 2003. Original CD released on Improvised Music from Japan (IMJ-504), July 2003.
In the early 2000s, improvisational music featuring elements such as extended techniques and many faint sounds and silences became a worldwide movement. Along with Berlin and London, Tokyo was one of the centers of this kind of music and the focus of much attention, as was the term onkyo-ha. The names most closely associated with this term were Taku Sugimoto, Sachiko M, Otomo Yoshihide, Toshimaru Nakamura. Another onkyo-ha musician was voice performer Ami Yoshida. Her amazing performances, comprised of high-pitched vocal sounds that seemed to be squeezed out through the tight constriction of the throat, astonished the international improvised music scene.
Tiger Thrush was released on the Improvised Music from Japan label in 2003, when the name Ami Yoshida, along with the term onkyo-ha, was becoming a worldwide phenomenon. Long out of print, it’s just been re-released on the Hitorri label, with a simple two-sided paper sleeve replacing the original gatefold cardboard cover. The recording consists of 99 tracks, most less than a minute long. Yoshida’s vocal sound is unaltered in some tracks and computer-processed in others. A famed recording of the 2000s has come back to life!!