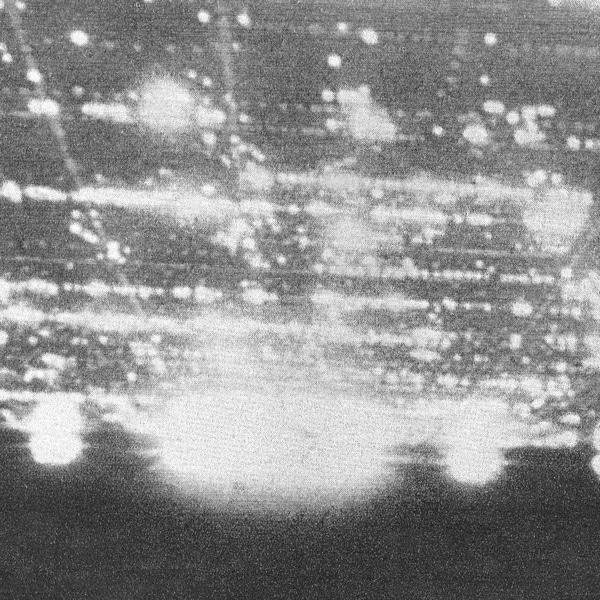 As anyone who survived the fecund ‘00s noise scene will attest, Gabriel Saloman and Pete Swanson’s Yellow Swans were among the most vital orchestrators of new horizons for noise. Using obsolete electronics/guitars/FX pedals and playing countless shows, they epitomised DIY organisation and means, adapting timeless communal folk energy to collapse whole worlds of industrial, free improv, dub, psych, US hXc punk and good aul noise proper into a red-lining, Ur-goop of emotional anguish, ecstasy and every feel between during the early to late part of this century’s first decade. After dozens upon dozens of underground tapes and records, ’Going Places’ was Yellow Swans final and perhaps for many, definitive release. Between the slowly ravishing blizzard of ‘Foiled’ that greets from the entrance, to possibly the greatest farewell this side of Pan Sonic’s ‘Finale’ in the Himalayan noise range of ‘Going Places’, they take in torrential psych-noise on the 13 minute classic ‘Opt Out’, alongside some of ‘00s noise’s finest moments in the staggering ‘Sovereign’, and the charred amp hymn ‘New Life’, adding up to a viciously beautiful album that still holds the capacity to induce feelings of transcendent familiarity, even if its the first time of listening.Perversely and brilliantly, Yellow Swans disbanded right at the point when they were tipping into wider recognition, just as the rest of the world was catching up with the noise scene which shattered into myriad strains of kosmische noise, Neo-industrial and power noise and would give us everyone from James Ferraro to 0PN, Wolf Eyes and Prurient. But a decade later Yellow Swans’ ‘Going Places’ remains from this era like a scrawled note left by a lover who has fucked off to somewhere more exciting, and leaves behind a ragged palimpsest of memories, forgotten or suppressed emotions and maybe even an encrypted map of where to find them in the future.