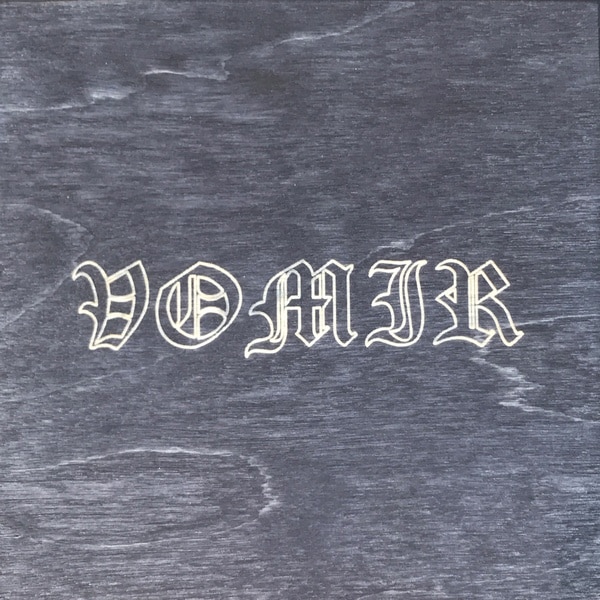 Vomir announces the cover box, with laser engraving on black wood, who is the best HNW artist around. HNW stands Harsh Noise Wall, better known as Wall of Noise, and Vomir is Romain Perrot, who’s best known for his habit of wearing a black bag over his head when playing live. Six solid CDs that comes with a wooden box, which resolutely occupy a narrow and strictly defined dynamic band, with shifting textures of distortion and heavy low end. In retrospect it’s surprising it’s taken noise artists this long to notice the appeal of stasis — its ear-fooling potential amplifies minor structural changes and renders small sound events disproportionately large, as well as allowing them to generate a genre variant which is both intensively aggressive and strangely calming. Nothing is progress. Everything repeats itself endlessly and nothing stands out as important. Nothing more should be undertaken. We will never arrive at the final destination. The truth is over, comes the loneliness. These are definitive new CDs of total static harsh noise, crusting, crushing, crackling of 75 minutes each by the master of the HNW Romain Perrot. No ideas, no changes, no development, no entertainment, and no remorse. Urashima continue the tribute of the genre with more than seven-and-a-half hours of monolithic HNW on six-CD set with an astonishing black wooden box. Each single CD comes in black wallet with no graphics plus individually numbered certificate in 200 copies and foldable color poster with picture and text in French and English.