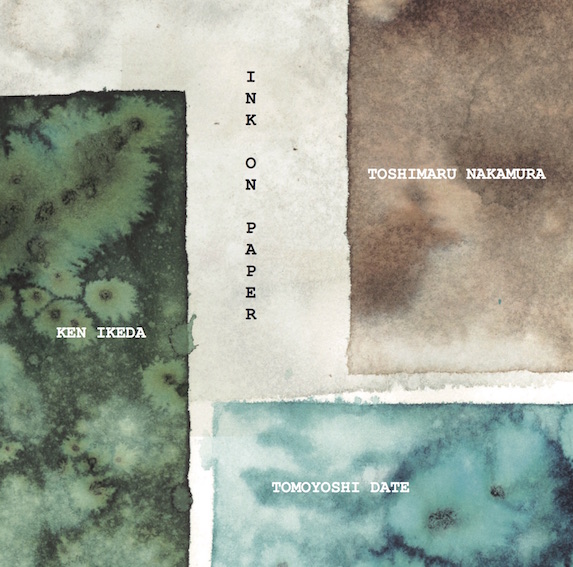 No-input mixing board player Toshimaru Nakamura makes wide-ranging use of mixer feedback in his many performances in Japan and other countries. London-based electronics player Ken Ikeda has released albums on a number of labels including Touch (UK), Matchless (UK), and Spekk (Japan). Tomoyoshi Date uses both electronic and acoustic instruments and specializes in ambient styles. This is the second CD release by these three musicians. (The first, Green Heights, was recorded in 2011 and released on the French label Baskaru in 2013.) In Ink on Paper, myriad longish sustained sounds and short tones bearing a variety of sonic qualities and timbres appear and disappear, followed by the emergence of new and different sounds. Flowing on the whole in a smooth, gentle and relaxed way, these sounds are infused with a comfortable and unique atmosphere. The single 40-minute track, divided into five parts, is an improvised performance recorded in 2013.